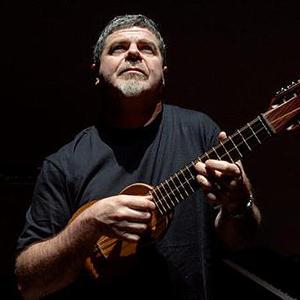 Gustavo A. Santaolalla (b. 1952, El Palomar, Buenos Aires province) is an Argentine musician, producer and composer whose musical style frequently combines elements of rock, soul, African rhythms and Latin American folk. He is now one of the most sought after producers in the Latin American scene. Santaolalla transferred his musical efforts to film soundtracks in the late 1990s, producing albums for the films Amores Perros, 21 Grams and The Motorcycle Diaries.

Santaolalla transferred his musical efforts to film soundtracks in the late 1990s, producing albums for the films Amores Perros, 21 Grams and The Motorcycle Diaries. Currently based in California where he first moved in 1978, he contributed to the instrumental music for the soundtrack to the 2005 Ang Lee film, Brokeback Mountain, from which the "A Love That Will Never Grow Old" song won the 2006 Golden Globe Award for Best Original Song. Santaolalla has received a 2006 Academy Award for Achievement in music written for motion pictures (Original score) for Brokeback Mountain. His most recent work is featured on the soundtrack for the movie Babel, which has been directed by Alejandro Gonzalez Inarritu, who also directed the movies Amores Perros and 21 Grams. His work for Babel was honoured as well with the Academy Award for Original Score in 2007.

In addition to his film work, Santaolalla has acted as the producer of Gaby Kerpel's Carnabailito and co-produced the Kronos Quartet's Nuevo, an album which renders homage to the rich musical heritage of Mexico. He has also been part of the resurgent neo-tango movement, as prime mover behind the Bajofondo Tango Club collective.