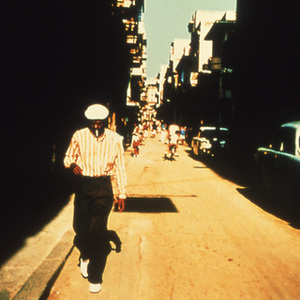 The Buena Vista Social Club was the name of a members-only music club in Havana, Cuba that was at its height during the 1940s. In the late 1990s Wim Wenders made a movie upon the initiative of Ry Cooder called "The Buena Vista Social Club." Wenders film centered on Ry Cooder's efforts to find and reunite some of the musicians who had performed at the long closed club. The film also portrays sessions from the production of the album released in 1997 also titled Buena Vista Social Club. Both movie and album were highly successful, and expanded the reach of Cuban music around the world.

Highly praised during the 40s and 50s, the rediscovery of the Buena Vista Social Club and the populartity of the film and the album had positive impact on Cuban musicians throughout the world. If it was not for the initiative of Ry Cooder and Wenders, much of the world would not have had this insight into Cuba's rich musical history, and insight into the simple way of life of these otherwise forgotten musicians.

October 2008 saw the release of the Carnegie Hall concert on World Circuit Records, and previously unreleased material being made available on the band's website and MySpace pages.