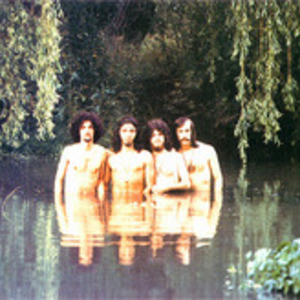 Arco Iris was a folk and progressive rock band from El Palomar, Buenos Aires, Argentina formed in 1968. The line-up first started with singer-songwriter leader Gustavo Santaolalla, Ara Tokatli?n, bassist Guillermo Bordaramp?, drummer Horacio Gianello, and spiritual guide Danais Winnycka. Gustavo Santaolalla was trying really hard to get signed his band, "The Crows", until he met Ricardo Kleiman, who advised him to sing in spanish. The band changes the name to Arco Iris, and starts recording.

With the song Blues De Dana they win the Festival Beat de la Canci?n Internacional in Mar del Plata, Argentina, in 1970. RCA puts out a recopilation album of the singles released up to date, almost simultaneously with the release of the band's first and self-titled LP. Ma&ntilde;anas campestres (1972) it's the following hit, inspiring a folk scene that would regard their next LP Tiempo de resurrecci&oacute;n (1972) and, above all, the rock opera Sudam&eacute;rica, O El Regreso A La Aurora (1972) as classics of the genre. In 1975, Santaolalla quits the band, and they continue in 1977under the leadership of Dana and Tokatli?n, until she dies in 2003.