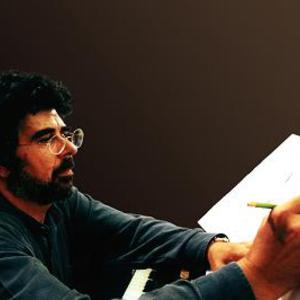 Gabriel Yared (Arabic: ??????? ????) (born 7 October 1949) is a Lebanese-French composer, best known for his work in French and American cinema. Born in Beirut, Lebanon, his work in France included the scores for Betty Blue and Camille Claudel. He later began working with American film directors, winning an Oscar for his score for The English Patient and a nomination for The Talented Mr. Ripley and Cold Mountain.

Born in Beirut, Lebanon, his work in France included the scores for Betty Blue and Camille Claudel. He later began working with American film directors, winning an Oscar for his score for The English Patient and a nomination for The Talented Mr. Ripley and Cold Mountain.

In 2004, Yared's score to the movie Troy, with a song by Tanja Tzarovska, was rejected due to the poor reception it received in a test screening. It was replaced with one by James Horner.

At the age of 7, his father sent Yared to an accordion teacher. Two years later he stopped his accordion lessons and started music theory and piano lessons. His piano teacher thought that he had no future in music.

Although he was not a natural pianist, he was interested in reading music.

At the age of 14, Yared's piano teacher died, so he was to replace his teacher as the organist at Saint Joseph University. During this time, Yared used the University library to read all the work of Bach, Schumann, and many others. This extensive reading inspired his first original composition, a piano waltz.

Yared completed a degree in Law. His formal musical education only began when he travelled to France in 1969, and attended the ?cole Normale de Musique de Paris as a non-registered student. There he learned the rules of music composition from Henri Dutilleux.

At the end of 1971, Yared went to Brazil to visit his uncle. There, the president of the World Federation of light music festivals asked him to write a song to represent the Lebanese in the Rio de Janeiro Song Festival. His song won the first prize. During his time in Brazil, Yared performed with his small orchestra. Yared says that Brazil has greatly influenced his work.

When Yared returned to France, he met the Costa Brothers and collaborated with them. In the six years following his return, Yared wrote three thousand orchestrations.

Not to be limited to orchestrating, Yared collaborated with Jacques Dutronc, Fran?oise Hardy, Charles Aznavour, Mireille Mathieu, and others. Since 1980 Yared has continued working with a variety of musicians and has contributed to radio and TV jingles, such as the one for TF1 news.

Message In A Bottle