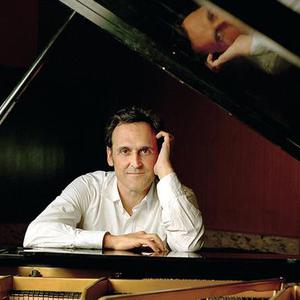 Alberto Iglesias is a spanish movie score composer. He has composed scores for The Constant Gardener, The Kite Runner, Luc?a y el Sexo (Sex and Lucia), and Almodovar's Todo Sobre mi Madre (All About my Mother) La Mala Educaci?n (Bad Education), Hable con Ella (Talk to Her) Volver, Broken Embraces, Che Part One and Two and most recently The Skin I Live In. He has earned three Oscar nominations for his work on The Constant Gardener, The Kite Runner and Tinker Tailor Soldier Spy.

Spain's most acclaimed living composer, Alberto Iglesias, was born in San Sebastian in 1955. His early musical training included the piano, guitar and composition as well as electronic music studies. He first wrote for film in 1980.

In the past five years he has written for major US productions and has been acclaimed for his work with leading Hollywood figures such as Oliver Stone (Comandante), John Malkovich (The Dancer Upstairs) and Fernando Meirelles (The Constant Gardener).

Most recently Iglesias has composed the original film score for Marc Foster?s The Kite Runner based on the best seller by Khaled Hosseini that is due for release in December 2007 and is now working on Steven Soderbergh's two films on Che Guevara starring Benicio del Toro, The Argentine and Guerrilla.

Iglesias won the World Soundtrack Award for Soundtrack Composer of the Year and Best Original Soundtrack of the Year (Flanders International Film Festival, Ghent) and has been awarded seven ?Goyas', the last one for Volver, as well as the National Award of Cinematography in September 2007 at the San Sebasti?n Festival plus many more European accolades. He has also received nominations for both an Academy Award and BAFTA for The Constant Gardener, the only Spanish composer to achieve that status.

In addition to his work in film Alberto Iglesias is a prolific composer for the concert hall (orchestra, ensemble and string quartet), and for ballet. In particular he has composed for the dancer/choreographer Nacho Duato and his National Dance Company in Spain. He has written and produced Cautiva (1992), Tabulae (1994), Cero Sobre Cero (1995) and Self (1997), all of which have been performed worldwide, and in the past year has completed his largest work to date, Assault to the castle, an orchestral and vocal work in eight movements.