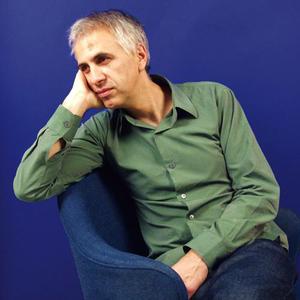 Bruno Coulais is a French composer, born in Paris on 13 January 1954. He has a father from Vend?e and his mother is an Iraqi Jew. He is most widely known for his music on film soundtracks. Coulais began his musical education on the violin and piano, aiming to become a composer of contemporary classical music. However, a series of acquaintances gradually re-oriented him towards film music. Coulais was particularly influenced by director Fran?ois Reichenbach, who asked him in 1977 to write the soundtrack to his new documentary Mexico Magico.

Coulais began his musical education on the violin and piano, aiming to become a composer of contemporary classical music. However, a series of acquaintances gradually re-oriented him towards film music. Coulais was particularly influenced by director Fran?ois Reichenbach, who asked him in 1977 to write the soundtrack to his new documentary Mexico Magico. The first full-length production he composed the score for was the 1986 film La femme secr?te by S?bastien Grall. Until the end of the 1990s, he remained low-profile, composing mainly for television. His name can often be found from TV films by G?rard Marx and Laurent Heynemann. He also composed the soundtracks for Christine Pascal's 1992 film Le petit prince a dit, and Agn?s Merlet's Le fils du requin in 1993.

In 1994, he met the television producer Jos?e Dayan, who let him write a theme for the TV series La rivi?re Esperance, aired on the France 2 network in autumn 1995. He worked with Dayan again with other major productions such as Le comte de Monte-Cristo, Balzac, and Les nuiteux.

The largest turning point of his career came in 1996, when he worked with directors Claude Nuridsany and Marie P?rennou of the documentary Microcosmos. This single film, which gave a great significance to the music in it, was a great success and made Coulais one of the most wanted composers of French film music. In 1997, he won the C?sar award for the best musical score in a film, as well as a Victoire de la Musique. His reputation was confirmed by the soundtracks to Himalaya (1999) and Les rivi?res pourpres (2000), and after that Bruno Coulais's name was to be found on most new French blockbusters, such as Belph?gor and Vidocq.

After producing the soundtrack to Winged Migration in 2001, Coulais announced that he wanted to significantly reduce his contributions to film music, and instead concentrate on other projects, such as the creation of an opera for children, and collaborations with Akhenaton, Akhenaton's group IAM and the Corsican group A Filetta, with whom he had worked since he had made the soundtrack for Jacques Weber's film Don Juan in 1998.

In 2002, his name was found on the ending credits of the animation L'enfant qui voulait ?tre un ours, and in 2004, on Fr?d?ric Schoendoerffer's Agents secrets. The same year, he wrote the soundtrack to the film Les choristes by Christophe Baratier, which subsequently became an international hit. The music for this film received as great praise as the film itself, and it won Coulais his third C?sar award. Since then, Coulais's collaborations in cinema seem to be limited to works by directors with whom he already shares some history, in particular Jacques Perrin, Fr?d?ric Schoendoerffer, and James Huth.

Bruno Coulais's musical style may vary significantly between different projects, but there are some constant factors visible: his taste for opera and for human voice (in particular that of children), for a search for original sonority, for world music and mixing different musical cultures, and finally, a certain tendency to give preference to the ambience created by lighting rather than the film's narration.

The Secret Of Kells