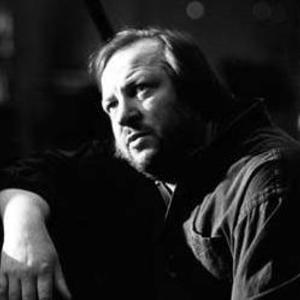 Zbigniew Preisner (b. 1955) is one of Poland's leading film score composers, best known for his work with film director Krzysztof Kie?lowski. Preisner was born on 20th May 1955 in Bielsko-Bia?a. He studied history and philosophy in Krak?w; never having received formal music lessons, he taught himself about music by listening and transcribing parts from records. His compositional style represents a distinctively spare form of tonal neo-Romanticism.

Preisner was born on 20th May 1955 in Bielsko-Bia?a. He studied history and philosophy in Krak?w; never having received formal music lessons, he taught himself about music by listening and transcribing parts from records. His compositional style represents a distinctively spare form of tonal neo-Romanticism.

Preisner is best known for the music composed for the films directed by fellow Pole Krzysztof Kie?lowski. His "Song for the Unification of Europe", based on the Greek text of 1 Corinthians 13, is attributed to a character in Kie?lowski's Three Colors: Blue and plays a dominant role in the story. His music for Three Colors: Red includes a setting of Polish and French versions of a poem by Wis?awa Szymborska, a Polish Nobel Prize-winning poet.

After working with Kie?lowski on Three Colors: Blue, Preisner was hired by the producer Francis Ford Coppola to write the score for The Secret Garden, directed by Polish director Agnieszka Holland. Although Preisner is most closely associated with Kie?lowski, he has collaborated with several other directors, winning a C?sar in 1996 for his work on Jean Becker's ?lisa. He has won a number of other awards, including another C?sar in 1994 for Three Colors: Red and the Silver Bear at the 1997 Berlin Film Festival 1997 for The Island on Bird Street.

In 1998, Requiem for My Friend, Preisner's first large scale work not written for film, was premiered. It was originally intended as a narrative work to be written by Krzysztof Piesiewicz and directed by Kie?lowski, but it became a memorial to Kie?lowski after the director's death. He composed the theme music for The People's Century, a monumental twenty-six part documentary made jointly in 1994 by the BBC television network in the United Kingdom and the PBS television network in the United States. He has also worked with director Thomas Vinterberg on the 2003 film It's All about Love and provided orchestration for David Gilmour's 2006 album On an Island. Silence, Night, and Dreams is Zbigniew Preisner's new recording project, a large-scale work for orchestra, choir, and soloists, based on texts from the Book of Job. The first recording was released in 2007 with the lead singer of Madredeus, Teresa Salgueiro, and boy soprano Thomas Cully from Libera.

Van den Budenmayer is a fictitious eighteenth-century Dutch composer created by Preisner and director Krzysztof Kie?lowski for attributions in screenplays. Preisner said Van den Budenmayer is a pseudonym he and Kie?lowski invented "because we both loved the Netherlands". Music by the Dutch composer plays a role in three Kie?lowski films: The Decalogue, Three Colours: Blue, and Three Colours: Red . In the second of these, a theme from his musiques fun?bres is quoted in "The Song for the Unification of Europe". Its E minor soprano solo is prefigured in the earlier film The Double Life of Veronique, where circumstances in the story prevent the solo from finishing.

Preisner: Melodies Of My Youth (With Dominik Wania & Lisa Gerrard)

It's All About Love (Original Motion Picture Soundtrack)

Requiem For My Friend CD2

Requiem For My Friend CD1

When A Man Loves A Woman