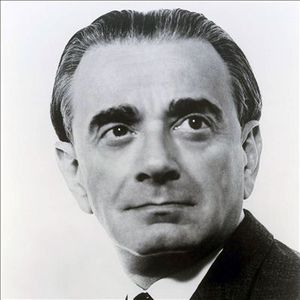 This classic composer was born in Budapest, Hungary in 1907. He received 17 Academy Awards nominations, winning 3 times for Spellbound, A Double Life and Ben-Hur. He had classical training and composed several works before and started composing for movies in the late 1930s. Fellow Hungarian Alexander Korda asked him to write the score for Knight without Armour while he lived in the United Kingdom, he then moved to the United States, where he would spend the rest of his life composing film music.

His name is usually associated with epic films such as Ben-Hur, El Cid, Quo Vadis, and King of Kings, though he also composed romantic and haunting scores, as Spellbound and Providence.