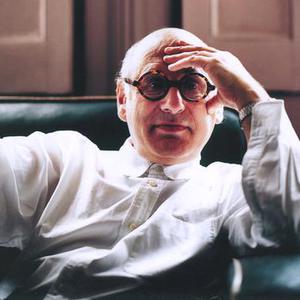 Michael Nyman (born March 23, 1944) is a British minimalist composer, pianist, librettist and musicologist, perhaps best known for the many scores he wrote during his lengthy collaboration with the British filmmaker Peter Greenaway. Nyman, who had studied with the noted baroque music scholar Thurston Dart at King's College London, drew frequently on early music sources in his scores for Greenaway's films: Henry Purcell in The Draughtsman's Contract and The Cook, The Thief, His Wife & Her Lover, Heinrich Ignaz Franz von Biber in A Zed and Two Noughts...

Nyman, who had studied with the noted baroque music scholar Thurston Dart at King's College London, drew frequently on early music sources in his scores for Greenaway's films: Henry Purcell in The Draughtsman's Contract and The Cook, The Thief, His Wife & Her Lover, Heinrich Ignaz Franz von Biber in A Zed and Two Noughts, Mozart in Drowning by Numbers, and John Dowland in Prospero's Books.

Nyman's popularity increased significantly after he wrote the score to Jane Campion's award-winning 1993 film The Piano. The album ("The Piano") became a classical music best-seller. Although Nyman's score was central to the movie he did not receive an Academy Award nomination despite being nominated for both a British Academy Award and a Golden Globe. He has scored numerous other films, the vast majority of them art films from Europe. His few forays into Hollywood composing have been Gattaca ("Gattaca"), Ravenous (with musician Damon Albarn), and The End of the Affair ("The End of The Affair").

Among Nyman's better known non-film works are Noises, Sounds & Sweet Airs (1987), for soprano, alto, tenor and instrumental ensemble (based on Nyman's score for La Princesse de Milan); Ariel Songs (1990) for soprano and band; MGV (Musique ? Grande Vitesse) (1993) for band; concertos for piano (based on The Piano score), harpsichord, trombone and saxophone; the opera The Man Who Mistook His Wife for a Hat (1986), based on a case-study by Oliver Sacks; and several string quartets.

On children's television shows, Michael has created the music for Katie and Orbie and Titch.

Many of Nyman's works are written for his own ensemble, the Michael Nyman Band, a group formed for a 1976 production of Carlo Goldonip's Il Campiello. Originally made up of old instruments such as rebecs and shawms alongside more modern instruments like the saxophone in order to produce as loud a sound as possible without amplification, it later switched to a fully amplified lineup of string quartet, three saxophones, bass trombone, bass guitar and piano. This line up has been variously altered and augmented for some works.

Nyman also wrote an influential book in 1974 on experimental music called Experimental Music: Cage and Beyond, which explored the influence of John Cage on classical composers. He is generally acknowledged to have been the first to apply the term "minimalism" to music, in a 1968 article in The Spectator magazine about the English composer Cornelius Cardew.

In the 1970s, Nyman was a member of the infamous Portsmouth Sinfonia, the self-described World's Worst Orchestra - playing on their recordings and in their concerts.

He has also recorded pop music, with the Flying Lizards