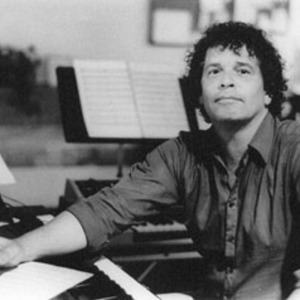 Daniel Lentz was born in Latrobe, Pennsylvania. He attended Saint Vincent College where his principal teacher was Rembert Weakland, now the Archbishop of Milwaukee. After graduation from St. Vincent (B.A.), he attended Ohio University (M.F.A.), Brandeis University, and Stockholm University where he was a Fulbright Fellow (the first in Electronic Music). He received a Composition Fellowship to study at Tanglewood in the summer of 1966 where he worked with Roger Sessions and George Rochberg.

Following his tenure as a Fulbright Fellow in Stockholm, Lentz accepted a position as a Visiting Lecturer in Music Composition at the University of California at Santa Barbara. While at UC Santa Barbara, Lentz formed the "conceptual music" ensemble the California Time Machine. The CTM performed extensively on the West Coast of the USA and toured Europe in 1969 and 1970.

In 1991 Lentz moved from Los Angeles to the Sonoran Desert north of Phoenix, Arizona.

In The Sea Of Ionia

On The Leopard Altar

The Crack In The Bell