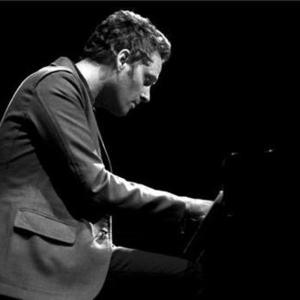 A self-taught pianist from the age of 7, Dustin O'Halloran's personal histories give us some clue to the thickly-woven tapestries of his music: he has lived in LA (where he studied art at Santa Monica College and formed the much-adored Devics with Sara Lov), Italy (in the depths of rural Emilia Romagna) and Berlin. His arresting, heartbreaking music is as much an elegant exercise in nuance and grace as it is a pure, intuitive, personal expression ? and here is where we see some explanation into Dustin's quiet rise to notoriety and his continued ascension.

Having gained serious recognition with his stunning score to Sofia Coppola's 2006 film Marie Antoinette (which sits neatly alongside his soundtrack work for William Olsen's An American Affair (2010) and Drake Doremus' Sundance-winning Like Crazy (2011), Dustin has quickly become one of the most recogniseable names in the broad-reaching ?post-classical? field, a definition of the genre rather than vice-versa. Now sitting alongside peers and friends Max Richter, Hauschka and Johann Johannsson (who, incidentally, aided Dustin in mixing his newest album) on FatCat's dedicated orchestral imprint 130701, new album Lumiere is a glowing addition to O'Halloran's musical canon, at once an amalgamation of everything that his music has been leading up to, and an unprecedented step forwards in terms of timbral palette and harmony. Featuring NYC's ACME Quartet, Stars Of The Lid's Adam Wiltzie and prodigious young composer Peter Broderick among the guest musicians, the scale of Lumiere is expansive: ?it made me realize how important it is to find players that truly understand what you do and to create a language with them,? writes Dustin.

Dustin's rock background - primarily with Bella Union's ?dream-pop? outfit Devics ? has eatenan unassuming, perceptive approach to composing modern classical pieces. Inspired by, among others, Arvo Part, Philip Glass, Hans Otte, John Luther Adams, Olivier Messiaen, Ennio Morricone, Gavin Bryars, there is no lack of articulation or academic musicality in Dustin's work, but there is also none of the aloofness or detachment that is so readily perceived around contemporary classical music. This can perhaps be attributed to the environments in which Dustin has worked - Lumiere is full of those rare elements of life shared by both vibrant cities and lush countrysides: colour, both organic and rich, sensorial intrigue and a deep awareness of space. Or perhaps it is a product of Dustin's synaesthesia, a condition he first noticed around the time of his performance at New York's Guggenheim Museum for their Kandisnky retrospective and 50th anniversary gala. Able to visualize his compositions as vividly as a painter might see his own work, Dustin's expressiveness is beyond compare.

Lumiere is Dustin's third solo full-length, following Bella Union albums released in 2004 and 2006 respectively (Piano Solos vol. 1 and Piano Solos vol. 2). These two records were originally opportunity for Dustin to express a non-Devics creative streak: gently and privately pieced together piano suites written and recorded on a beautifully-restored 1920's Sabel piano in his Italian farmhouse. The compositions, however, gradually grew into fully-formed solo pieces as Dustin's ambitions and designs developed. The path, of course, would eventually lead him to Lumiere's majestic, swooning ensemble arrangements and a focus-shift away from the piano as his work's primary timbre without losing any of the affection for the instrument that bore his first two records.