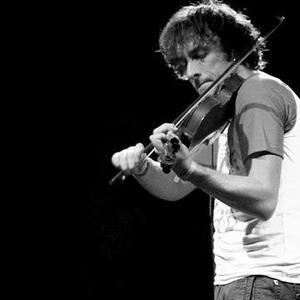 Yann Tiersen (born June 23, 1970 in Brest, Brittany, France) has been honing his musical aesthetic since he could stand on two legs. He started learning piano at the age of four, taking up violin at the age of six and receiving classical training at musical academies in Rennes, Nantes and Boulogne. Then, at the age of 13, he chose to alter his destiny, breaking his violin into pieces, buying a guitar and forming a rock band.

Tiersen got a musical education from the city of Rennes' annual Transmusicales festival, seeing acts like Nirvana, Einst?rzende Neubaten, Nick Cave and The Bad Seeds, The Cramps, Television and Suicide. When his band broke up a few years later, instead of hunting for some new musicians, he bought a cheap mixing desk, an eight-track reel, and started recording music solo with a synth, sampler and drum machine, poring over the grooves of old records on the hunt for loops and orchestral strings to plunder.

As it turned out, though, the key to his new approach lay in his own past. "One day I thought, instead of spending days on research and listening to tons of records to find the nearest sound of what I have in mind, why don't I fix this fucking violin and use it?" Through the summer of 1993, Tiersen stayed in his apartment, recording music alone with guitar, violin and accordion, guided not by the classical canon, but by intuition and his vision of "a musical anarchy".

By the end of the summer of 1993, Tiersen had recorded over 40 tracks, which would form the bulk of his first two albums. 1995's La Valse Des Monstres, inspired by Tod Browning's Freaks and Yukio Mishima's The Damask Drum was the second album to be released on Nancy-based label Ici, d'ailleurs. It would be followed six months later by Rue Des Cascades, a collection of short pieces recorded with toy piano, harpsichord, violin, accordion and mandolin. Six years later, the record would find a much larger audience when several tracks, along with a couple of Tiersen originals, would be used on the soundtrack to Jean-Pierre Jeunet's film Amelie (2001).

Tiersen's commercial breakthrough would come earlier, though, and off his own back. 1998's Le Phare (The Light House) was recorded in self-imposed seclusion on the isle of Ouessant, where Tiersen spent two months living in a rented house. At night, he watched the Creach'h, the most powerful lighthouse in Europe, as it illuminated the surrounding scenery. "I was amazed how the rays of lights from the lighthouse revealed some hidden details of the land, how we can rediscover something we have everyday, just in front of us, by a light pointing on it," says Tiersen.

Le Phare went on to sell over 160,000 copies, confirming Tiersen's status as one of the most pioneering and original artists of his generation and commencing a run of successful albums like 2001's L'Absente (featuring orchestral group Synaxis, Lisa Germano and the Divine Comedy's Neil Hannon) and 2005's Les Retrouvailles (with guests Stuart Staples of Tindersticks, Jane Birkin and Elizabeth Fraser of Cocteau Twins). In this period, Tiersen also took his music out around the world, playing shows with a full orchestra and an amplified string quartet ? a set-up captured on 2002's electrifying live album C'etait ici. And following the box-office success of Amelie, Tiersen's skills as a soundtracker were much in demand, leading to scores for the likes of Wolfgang Becker's tragicomedy Good Bye Lenin! (2003) and Tabarly (2008), a documentary about the French sailor ?ric Tabarly, who ate his final meal on Ouessant Island before he meeting a watery end in the Irish sea.