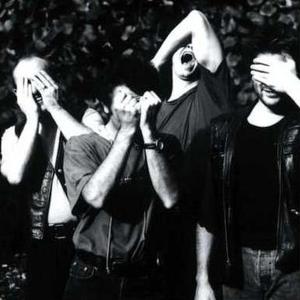 One of the most popular rock groups in France, their success continued with the release of the dance-influenced 666.667 Club, and the remix album One Trip One Noise. Their last album, 2001's des Visages des Figures, was a slower, more ambitious affair. This album also contained a collaboration with a fellow francophone Manu Chao. "Des visages, des figures" was the album of the consecration for the group which won the music award (Victoire de la Musique) of the best rock album of year 2002, as well as the award of best clip for "Le vent nous portera". Although their last album seemed to be the slowest one, the following gigs were huge rock shows where thousands of fans came to see the group.

In 2003, allegedly on a drug binge, Bertrand Cantat slapped his girlfriend, Marie Trintignant during an argument in a hotel room in Lithuania. As she fell, her head hit the bed, and she consequently bled to death. Marie Trintignant was a popular French actress and was working on a movie. A Lithuanian judge sentenced Cantat to 8 years in prison after a jury convicted him of manslaughter. He was sentenced in Lithuania and served his sentence in a prison near Toulouse in France.

In September 2005, an album, En Public, which contains highlights of their last tour. They also released a DVD set, Noir D?sir en images, which contains various live performances, footage and videos. Special permission was obtained in order to allow the imprisoned Cantat to participate in the development of those.

Noir D?sir members have not ruled out the possibility of re-forming once Cantat is released from jail. Cantat was released early on account of good behaviour on October 16th, 2007, but immediately retreated to his house near Bordeaux. At the time, he would not speak to the press regarding his musical future.

In November 2008, two free tracks were released. The band wished to show, with this release, that productive and cathartic, works from Noir D?sir still impregnate the French scene with intellectual and emotional abuse.

Teyssot-Gay has stated that the group is currently in the process of composing and recording a new album which he feels should be finished in 2009. However according to a May 14, 2009 article in Le Parisien the album will not be ready until January 2010.

On November 29, 2010 it was announced that guitarist Serge Teyssot-Gay was leaving the band citing "emotional, human and musical differences" with lead singer Cantat.

On November 30, 2010 band's drummer Denis Barthe announced that Noir D?sir is disbanded for good and that is useless to let the band live with "artificial respiration".

One Trip - One Noise