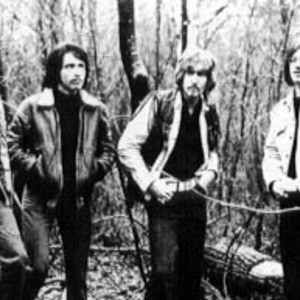 Group 1850 was a psychedelic rock band from The Netherlands, considered by many to be one of the finest acid rock acts Europe has ever produced. The band was founded in 1964 in Hague by the name Klits and renamed Group 1850 in 1966, when their debut single, Misty Night / Look Around, appeared on the tiny Yep label. Though few copies were pressed, it established them as one of Holland's most original bands (alongside The Outsiders and Q65) and they soon signed to Philips. More singles ensued, in a highly psychedelic vein, including the brilliant Mother No Head.

In 1967 the band supported the Mothers Of Invention at the Amsterdam Concertgebouw.

Their debut album, Agemo's Trip To Mother Earth, appeared in late 1968. In Holland its sleeve had a 3-D image on the cover, and came with a pair of 3-D glasses (copies with the glasses unperforated are especially prized today). The album's concept is incomprehensible, but its superb songs and musicianship have ensured its lasting cult reputation, and it has been called the most truly psychedelic album ever recorded. A UK release (also on Philips) did not help the band gain a footing outside Holland, and Philips dropped them soon afterwards. Their next album, 1969's Paradise Now, appeared on the Dutch Discofoon label in 1969 and was only marginally less acid-influenced than its predecessor. The band disbanded soon afterwards, but was sporadically active through the 1970s. Especially notable was another excellent single, 1971's Fire / Have You Ever Heard?, which appeared on Polydor (again, with a picture sleeve).


In subsequent years related albums have appeared by S.I.X.(Sjardin's Invisible X-factor), Sjardin's Terrible Surprise and Orange Upstairs. The discography below is not complete.