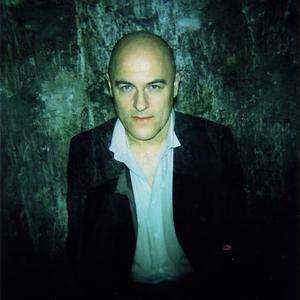 Born on the 6 October 1968 in Provins, France, Dominique An? is the only child of a teacher and a homemaker. A loner throughout his teenage years, he was passionate about literature and music from a young age. He was interested in punk but, at the age of 14, at the beginning of the 1980s, he started to appreciate the dark romanticism of the New Wave movement. After completing high school he studied humanities for a year while holding a range of odd jobs, including a spell as a utility man for an FM radio station in Nantes, where his family lived.

At around the age of 16 he started up a band, John Merrick, named after the hero of the film, The Elephant Man.

The foursome recorded around 45 sombre and tormented songs while gaving a number of concerts in the area around Nantes. Later, with the singer Katerine, Dominique An? recorded a number of songs in a more upbeat and livelier style.

Beginning of a career

At the beginning of the 1990s Dominique An? recorded songs that were both minimalist and rock in style. He wanted to break with the traditional chanson, which he considered to be more literary than musical[1]. His first CD, released by the Nantes label, Lithium, met with critical acclaim by the alternative magazine, Les Inrockuptibles, and by Bernard Lenoir, the 'John Peel' of France. Furthermore, his song, Le Courage Des Oiseaux, (the Courage of the Birds), was an underground hit.

From 1992 onwards, he started to produce more and more live shows, either with a backing band or solo. His commercial success grew in 1995 with Le Twenty-two bar, a single off the album, La M&eacute;moire Neuve, but this success left a bitter taste in Dominique's mouth because he considered the song to be particularly badly written[1].

In 2000, he composed the score for Antoine Desrosi?res' black comedy film Banqueroute.

Dominique's discovery of Alain Bashung's dark 2002 album, L'Imprudence shocked him to the point that it put his music into question and he decided to explore different ways of working. He decided to compile what he considered to be the first part of a musical time capsule, a longbox entitled Le D&eacute;tour. He asked his fans to write about their relationship with his music, and some of their letters were published in the booklet accompanying Le D?tour.

For his subsequent album, he wanted to experiment and, consequently, for the first time, he gave control over the album to a third party, the team who produced L'Imprudence. The end result would be Tout Sera Comme Avant (Everything will be like it was before), which was released in 2004. Unfortunately, many fans had difficulty obtaining a copy. At the same time, Dominique gave many live performances variously using a big band, minimalistic backing, or all alone (where he would experiment with oversampling).

In March 2006, L'horizon came out, a new work that he produced alongside Dominique Brusson, with whom he had made the early album, Remu&eacute;. It was the first time that Dominique A returned to work with a producer. He was backed by his old collaborators, Sacha Toorop and Olivier Mellano, as well as the musicians with whom he produced Tout sera comme avant. Dominique A had recently quit his record label, Labels, due to his desire for more creative freedom; consequently, it is no surprise that he describes L'Horizon as his most experimental work to date.

Dominique A collaborates regularly with other artists and on other projects. He has been one of the shaping forces of Fran&ccedil;oiz Breut's career, writing many of her songs since her d?but in 1997. He has also composed several songs for Jeanne Balibar's second album, Slalom Dale and wrote O&ugrave; Est La Ville ? for Jane Birkin's 2006 album, Fictions. He also sang Veruca Salt et Frank Black in trio with Keren Ann and Vincent Delerm on the latter's second album, Kensington Square.

Dominique A has inspired and influenced many artists. Among them were Yann Tiersen and the Norwegian electro band, Oslo Telescopic, who named one of their albums The Dominique O Project. Lyrically, Dominique's movement away from the constraints of chanson moved many other French-speaking artists, including Miossec, Holden and Arman M&eacute;li&egrave;s.

Beat of My Heart