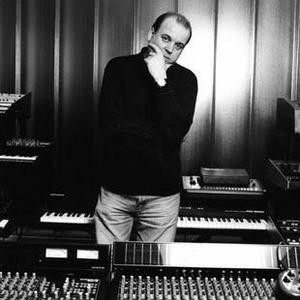 Armstrong studied musical composition, violin and piano at the Royal Academy of Music where he was awarded the Charles Lucas prize and the Harvey Lohr scholarship for composition. He was also awarded the FTCL Fellowship in composition, and won the GLAA Young Jazz Musician of the Year in 1982. Upon graduation he became resident student composer for the London Contemporary Dance School. Upon completing his studies, Armstrong served as Music and Dance specialist at the Strathclyde Regional Council in 1984.

During the 1980s, Armstrong's composition work included commissions from the Arts Council for various classical ensembles in Scotland, and he also served as resident composer at the Tron Theatre in Glasgow. During this time he also received a Composer's Award to study electronic music, and maintained a parallel career in the Scottish Pop music scene, as a member of bands Hipsway, Texas and The Big Dish.

In 1990, his music theatre group Performance performed at the Glasgow Mayfest, and he composed a number of works for film, television, and stage productions by the Traverse Theatre, the BBC, and the Royal Shakespeare Company, among others. By the late 1990s he had gained critical acclaim for his work on the Baz Luhrman films Romeo + Juliet and Moulin Rouge! (which won him a Golden Globe for Best Original Score in 2001). He has also done orchestrations with artists such as Massive Attack, Madonna, U2, Suede, Pet Shop Boys and The Future Sound of London. During this time he also released his first album of his own orchestral work, The Space Between Us, in 1998.

During the early 2000s Armstrong continued to produce film and orchestral work, including commissions for the Barbican Centre and the Scottish Ensemble. His most recent film scores are for the Academy Award winning Taylor Hackford film, Ray for which Armstrong won a Grammy Award, and Oliver Stone's 2006 film World Trade Center.

Recently Craig has teamed up with Scott Fraser for his latest electronic project, Winona. The project sees them dust off their eye-watering collection of vintage synthesizers and set about making widescreen, minor-key masterpieces to make Winona's debut album 'Rosebud' a down-key classic.