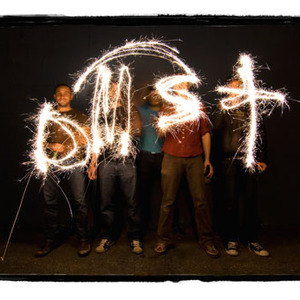 Do Make Say Think is an instrumental group from Toronto, Ontario. The band formed in the 1990s (1995) by Charles Spearin as a recording project for his sound engineering classes in college. Their first rehearsals took place in an empty schoolroom where four basic verbs -- Do, Make, Say and Think -- adorned the walls. The group subsequently adopted the words as a name. Their music combines jazz-style drums with electric bass, synthesizers, electric guitars, wind instruments, and electronic effects.

Do Make Say Think consists of Ohad Benchetrit (guitar, bass, saxophone and flute), David Mitchell (drums), James Payment (drums), Justin Small (guitar) and Charles Spearin (bass, guitar and trumpet). Jason Mackenzie (keyboards and effects) departed after the first album. Justin Small is also involved in a side project entitled Lullabye Arkestra, as a drummer with his partner, bassist Katia Taylor. They have been produced by Benchetrit, who -- along with Spearin -- records and tours with the Toronto supergroup Broken Social Scene.

Do Make Say Think are routinely joined onstage by Brian Cram, who performs with James Payment in a metal band called Gesundheit.

Spearin, Mitchell and Benchetrit recorded an album together in 1997 under the moniker Microgroove.

The song Chinatown from 2002's & Yet & Yet is featured in the movie Syriana, starring George Clooney, as well as The Corporation.

The song Fredericia is named after a small town in Denmark the band has visited multiple times, and was also written in that town after a concert.

Julie Penner ? a Canadian violinist that has played with FemBots, Broken Social Scene, The Hylozoists, The Lowest of the Low and The Weakerthans ? is a current band member, playing the trumpet and violin.

You, You're A History In Rust