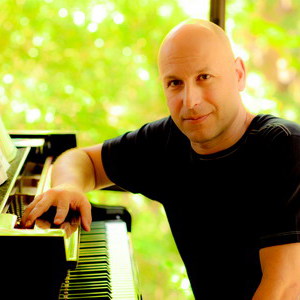 Inon Zur (born July 4, 1965) is an Israeli American award-winning music composer. Originally writing for movies and television, he later moved into composing for video games. He has been described as being "internationally recognized as one of the A-list orchestral composers in the video games industry". During his career to date, Zur has composed the music to over 40 video games, 15 television shows, and 10 movies, as well as many movie trailers.

He has been nominated for numerous awards, and has won three?a Telly Award in 1997 for Best Score on ''Power Rangers: Turbo'', a Game Audio Network Guild award in 2004 for Best Original Instrumental track for ''Men of Valor'', and a Hollywood Music in Media Award in 2009 for Best Original Song ? Video Game for ''Dragon Age: Origins''. He currently lives in Encino, California, in the United States, and is composing the scores for several unreleased games.

===Early life===
Inon Zur was born in Israel. As early as five years old, he was trying to compose harmonies with his mother's singing, and became inspired by classical music. He learned to play french horn as a child, studied piano by the age of eight, and was studying composition by the age of ten.He graduated from the Music Academy of Tel Aviv, and spent four years in the Israeli military. Zur feels that this military experience matured him as a person and taught him to appreciate life and work hard at what he does. He emigrated to the United States in 1990 to study at the Dick Grove School of Music for a year, and then under private tutor Jack Smalley, a television music composer, and others for two years at the University of California, Los Angeles.

===Career===
Zur began his career in 1994 by working on soundtracks for movies, such as ''Yellow Lotus'', featured at the Sundance Film Festival. He then signed on to compose for Fox Family for six years, and made soundtracks for various children's television shows, including ''Digimon'' and ''Power Rangers''. By 2002 he estimated that he had composed the soundtrack to over 360 ''Power Rangers'' episodes alone. He won his first award during this period in his career, a Telly Award for his work on ''Power Rangers: Turbo''.
While he enjoyed the work, he began to want to go work somewhere "more intriguing, more advanced, and basically a place that people really appreciate music more"; his agent overcame his initial reluctance and convinced him to work in the video games industry. His first video game soundtrack was 2000's ''Star Trek: Klingon Academy'', though he started composing for the game in 1997. Zur quickly moved on to prestigious titles, composing for the award-winning and critically acclaimed ''Baldur's Gate II: Throne of Bhaal'' in 2001 and ''Icewind Dale II'' in 2002, among many others. ''Icewind Dale II'' earned him the first of many nominations for video game music awards, that of the Game Audio Network Guild's Music of the Year award.
He continued to work on movies and television programs during these years, composing the soundtrack to ''Au Pair'' in 1999 and the English version of the 2000 anime series ''Escaflowne''.

Zur's latest movie soundtrack to date was that of 2001's ''Au Pair II''. He has worked on a few television series since then; his last traditional television soundtrack was for ''The Bachelor (TV series)'' in 2002, though he has composed music for three webisode series since then. He continued to work on numerous best-selling video games, including ''Prince of Persia: The Two Thrones'' in 2005 and ''Crysis'' in 2007. He has also garnered several nominations for video game music awards, including his first win, for ''Men of Valor'' in the Best Original Instrumental track category of the 2004 Game Audio Network Guild awards.His latest released titles have been the highly successful ''Fallout 3'' and ''Prince of Persia'' in 2008, and 2009's ''Dragon Age: Origins'' and the Nintendo DS version of ''James Cameron's Avatar: The Game''. He is currently working on the soundtracks to several unreleased video games, and continues to live in Encino, California. ''Dragon Age'' has earned Zur his third career award, that of Best Original Song ? Video Game in the 2009 Hollywood Music In Media Awards.

==Performances==
Zur's compositions have been played several times in live concerts. The first of these was a concert held in Seoul, South Korea on May 30, 2006 dedicated to his music for ''Lineage II: Chronicle V: Oath of Blood''. On August 20, 2008, music from his soundtrack to ''Crysis'' was played in Leipzig, Germany at a 'Video Games Live'' concert. His music from ''Dragon Age: Origins'' and ''Prince of Persia'' was performed at the September 26, 2009 "A Night in Fantasia 2009" concert in Sydney, Australia by the Eminence Symphony Orchestra. Inon Zur was a special guest at the concert.

==Musical style and influences==
Zur's compositions frequently are focused on full orchestras, choir and, in some games like ''Prince of Persia'', ethnic instruments like Arabic flutes and the woodwind duduk. He has often collaborated with the Northwest Sinfonia orchestra from Seattle, though he has on occasion used other orchestras. Whenever Zur works with a real orchestra, he always conducts it himself. He has named some of his musical influences as classical artists such as Sergey Prokofiev, Igor Stravinsky, and Beethoven, movie composers like John Williams and Jerry Goldsmith, and jazz artists like George Gershwin and Henry McFeeny. While he would one day like to compose music not intended to be part of a larger piece of media, he finds that the pressure of a deadline and the feedback from the developers are crucial in his development process. He feels that his music sounds best when it is in the context given by the media is was made for, though he feels that performances of the music by itself transforms it "from just a soundtrack to an art form on its own".

Zur typically is brought in to compose for a game once it is mostly complete, though he notes that that is earlier than for films and television?where nothing changes after he starts besides post-production effects?making video game music composition a more "flexible" process. He finds that it is "crucial" for him to play a game before he can compose music for it, even if it only a development version. Rather than compose music based around the setting in the game where it will be played, Zur composes music around the emotion that he wants the player to feel at that point in the game. While he feels that music composition technology has come far enough in recent years to no longer be a limiting factor in his music, he does feel that the music budgets for games limit what he can create. Zur feels that he is considered in the industry to be a very fast composer, which he attributes to his tendency to compose music "intuitively", rather than spending a lot of time planning it out. When not composing, Zur likes to play video games, especially those he has composed for, as well as play basketball and spend time with his family. The types of projects that he would like to work on in the future that he has not yet done are children's games and soundtracks incorporating jazz music.