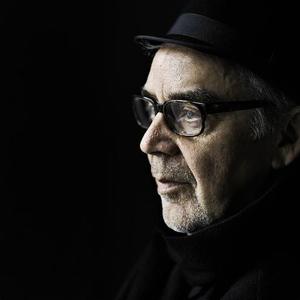 Howard Leslie Shore (born October 18, 1946 in Toronto, Ontario, Canada) is an Oscar, Golden Globe and Grammy Award-winning Canadian composer, orchestrator, conductor and music producer best known for composing the scores for The Lord of the Rings film trilogy, the score for The Silence of the Lambs, and for the films of David Cronenberg. He played in Canadian rock group Lighthouse from 1968 to 1972. He is the uncle of composer Ryan Shore.

He was born to a Jewish family in and studied music at the Berklee College of Music in Boston. From 1969 to 1972, he performed with the group Lighthouse. In 1974, Shore wrote the music for Canadian magician Doug Henning's magical/musical "Spellbound" co-starring fledgling actress Jennifer Dale. He was the musical director for the television show Saturday Night Live from 1975 to 1980, appearing in many musical sketches including the All-Nurse Band and dressed as a beekeeper for a John Belushi/Dan Aykroyd performance of the Slim Harpo classic I'm a King Bee. He also suggested the name for the Blues Brothers to Dan Aykroyd and John Belushi.

Shore has written the music for such various major film productions as The Silence of the Lambs, Mrs. Doubtfire, Philadelphia, Ed Wood, Se7en, Dogma, High Fidelity, Panic Room and The Aviator, the last of which earned him a Golden Globe. Since The Brood in 1979, he has been a consistent collaborator with David Cronenberg, scoring all his subsequent films except The Dead Zone (1983, scored by Michael Kamen). His score for Cronenberg's Naked Lunch is notable for his collaboration with famed avante-garde jazz musician Ornette Coleman, who praised Shore's work.

The Lord of the Rings

His greatest success to date is his score for Peter Jackson's The Lord of the Rings film trilogy. The score for the first film, The Lord of the Rings: The Fellowship of the Ring, including the song An?ron, gained him an Oscar in 2002, while the final film, The Lord of the Rings: The Return of the King, earned him another two Oscars (one for the score and one for the song "Into the West", sung by Annie Lennox) in 2004. (The Two Towers soundtrack was not nominated for the 2003 Oscar, because a new rule was put in place that year prohibiting a soundtrack from being nominated that used any material from a previous soundtrack. This rule proved very unpopular and controversial, as many movie franchises, such as Star Wars scored by John Williams, were discredited as a result: the rule was repealed in time for the 2004 Oscars and the Return of the King was therefore nominated and went on to win. Many fans of Shore's work feel that had this unpopular new rule not been in effect, the soundtrack for The Two Towers stood a good chance of winning.)

Since 2004, he has toured the world conducting local orchestras in the performance of his new symphonic arrangement of his highly acclaimed Lord of the Rings scores. The new work is entitled The Lord of the Rings: Symphony in Six Movements. There are two movements for each of the movies, and an intermission between the second and third movements. The concert presentation of the symphony also includes projected still images relating the music being performed to scenes from the films. Recently, however, Shore has been busy with other projects, leaving other conductors including Markus Huber, Alexander Mickelthwaite, and John Mauceri to lead the orchestras.

* He makes a cameo appearance on film in The Return of the King (extended edition) as a Guard of Rohan, during the drinking game at Edoras.
* Despite having his score removed late into post-production, Shore has a cameo near the end of King Kong as the conductor of the pit orchestra in the theatre.
* He is uncle of composer Ryan Shore.

The Lord Of The Rings: The Fellowship Of The Ring - The Complete Recordings

The Hobbit: The Batte Of The Five Armies

The Hobbit: The Battle Of The Five Armies (Special Edition) CD2

The Hobbit: The Battle Of The Five Armies (Special Edition) CD1

The Hobbit: The Desolation Of Smaug (Special Edition) CD2

The Hobbit: The Desolation Of Smaug (Special Edition) CD1

The Hobbit: The Desolation Of Smaug CD1