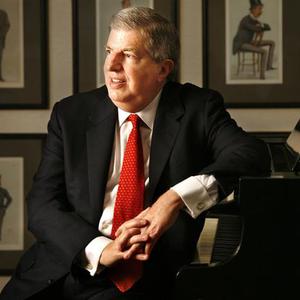 Hamlisch was born in New York City to Viennese Jewish parents. His was a musical family with his father being an accordionist and bandleader. Marvin Hamlisch was something of a child prodigy and by age five he began mimicking music he heard on the radio on the piano. A few months before he turned seven, in 1951, he became the youngest person ever accepted to the Juilliard School. However anxiety issues kept him from pursuing a career as a concert pianist leading him to instead focus on composition, specifically for film and theater.

Although Liza Minnelli's debut album included a song he did in his teens, his first hit did not come until he was 21 years old. This song was done by Lesley Gore, in the form of Sunshine, Lollipops, and Rainbows. (The song, in Lesley Gore's version, later figured prominently in the "Marge on the Lam" episode of The Simpsons) His first film score was for The Swimmer although he had done some music for films as early as 1965. Later he did music for some of Woody Allen's early films like Take the Money and Run.

The 1970s would be his peak period as a composer. This is most true of the first half of the decade. The best known work he did in this period might be adaptations of Scott Joplin's ragtime music for the motion picture The Sting, including its theme song, "The Entertainer". In award terms he had his greatest success with The Way We Were in 1974. For that he won two of his three 1974 Academy Awards. He also won 4 Grammy Awards in 1974, two of them for "The Way We Were." He continued having hits in the late 1970s after this. He co-wrote "Nobody Does It Better" from the 1977 James Bond film The Spy Who Loved Me with his then-girlfriend Carole Bayer Sager. He also wrote the orchestral/disco score for the film, which was rerecorded for album. The song went on to be nominated for an Oscar in 1977. He also had Broadway success with A Chorus Line and a score for a Neil Simon play.

Although productive the 1980s were a less successful period for him. On balance the decade was arguably his least successful period. At the very beginning of the decade his relationship with Carole Bayer Sager ended, but as musical collaborators they later continued to do some work together. In 1983 the musical Jean failed in the United Kingdom and never appeared in the US. In 1986 Smile was a mixed success, but did gain some note for the song Disneyland. He won no awards in music, theater, or film during the 1980s. Still this should not be exaggerated. In the 1980s he had success with the scores for Ordinary People (1980) and Sophie's Choice (1982). He also received an Academy Award nomination in 1986 for a song in the film version of A Chorus Line. He married his current wife in 1989. The 1980s had just been unsuccessful for him in comparison to the previous decade.

The 1990s saw something of an improvement if not a return to the fame he once had in the 1970s. He received his first Emmy nomination for his musical work for the television show Brooklyn Bridge. Later he won his first Emmy for a Barbra Streisand special. He also received a Tony nomination for music in a musical version of The Goodbye Girl.

He is one of only a few people to win all four major US performing awards, Emmy Award, Grammy Award, the Oscar and Tony Award.

He will be inducted into the Long Island Music Hall of Fame (www.limusichalloffame.org) in 2007

The Mirror Has Two Faces

The Spy Who Loved Me

The Way We Were (Original Soundtrack Recording) (Vinyl)