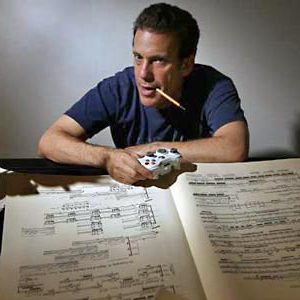 With incredible talent, versatility and experience, it is not surprising that composer Garry Schyman has become an established name in film, television and video gaming circles. Critically acclaimed, multi-award winning, and with credits ranging from cult TV shows to platinum selling games and feature films, Schyman deserves his reputation for being one of the most eclectic and gifted composers in the business.

Schyman realized his affection for music at the age of 12 and was quick to commandeer the family piano, which had originally been a birthday gift for his older brother. By playing and internalizing the great composers from the early 20th century, Schyman's love of music flourished and eventually led him on to graduate from the University of Southern California with a degree in Music Composition. After USC, Schyman studied under the tutelage of the great 12-tone composer and teacher George Tremblay. This exposure would provide Schyman with the foundation on which to base his unique and incredibly successful career in composition.

Among his most famous early scores is his work on cult TV classics such as: The A-Team, Magnum P.I. and The Greatest American Hero. He went on to score one of the most interesting and innovative video games from the early 1990's, Voyeur for which his groundbreaking orchestral music received an award for "Best Original Game Score".

His successful and lasting partnership with Von Zerneck-Sertner Films on the series of television movies adapted from author Robin Cook's medical mysteries, along with his many scores for television movies and series ensures Schyman's position within the top ranks of TV composers.

In addition to a long and established career, Schyman continues to write purely for the love of music, including his well-received viola concerto "Zingaro".

Schyman is a long time resident of the Los Angeles area where he lives and works with his wife Lisa and 5-year-old son Ethan.