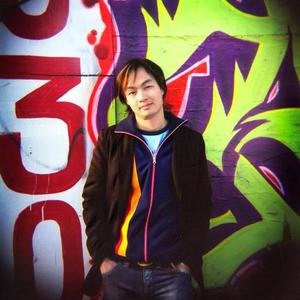 Christopher Tin is a Grammy-winning composer, whose eclectic career spans film, television, video games, advertising, and the record industry. His music is marked by a natural ease of melody, economy of gesture, and a flair for the dramatic. He is a native Californian, born of Chinese descent, and educated in England, and his aesthetic sensibilities are a blend of his diverse cultural background.

His debut album Calling All Dawns was the recipient of two Grammys at the 53rd Annual Grammy Awards: Best Classical Crossover Album, and Best Instrumental Arrangement Accompanying Vocalists (for the song 'Baba Yetu').

He received his undergraduate education at Stanford University and Oxford University, studying Music Composition, Conducting, and English Literature. After winning a Fulbright Scholarship, he continued his studies at the elite Royal College of Music in London--the alma mater of many of the giants of British composition: Benjamin Britten, Ralph Vaughan-Williams, Gustav Holst and others. There, he earned an MMus with Distinction, graduating with the highest marks in his class, and winning the Horovitz Composition Prize. He is also a Sundance Institute fellow.

In addition to his album work, he is also an active composer of music for films, video games, advertising, and many other media. He has won awards for his video game music, for titles such as Civilization IV and Pirates Of The Caribbean Online. He has contributed to scores for such Hollywood blockbusters as X2: X-Men United and Lilo And Stitch 2, and a host of independent features, documentaries and TV specials. And he has developed major ad campaigns for brands like Puma, Verizon, The Gap, and others. (More information on his custom work can be found at his online portfolio, Tin Works.)

His career is also marked by many rare and unusual distinctions; he has both co-created the startup sound for Microsoft's Surface operating system, and a demo song for Apple's Garage Band software, now found on every new Mac computer. His hit song 'Baba Yetu' is both the theme song to the video game Civilization IV, and is also used as a featured segment for the Dubai Fountain, the world's largest choreographed fountain, situated at the base of the Burj Khalifa, the world's tallest skyscraper. Its win at the 53rd Annual Grammy Awards made history as the first video game piece ever to receive Grammy recognition.

The Drop That Contained The Sea