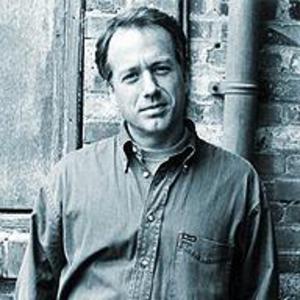 Joel McNeely was born in Madison (Wisconsin, USA) in 1959. During his childhood, he studied piano, saxophone and flute (partly because his parents were both musicians). In his youth, he played saxophone in some bands and joined the Interlochen Arts Academy in Michigan, then the University of Florida where he learned jazz and finally the Eastman School of Music where he applied for a masters degree as a writing major.

After establishing contact with great names such as Walt Disney and Steven Spielberg, George Lucas became interested in Joel McNeely too in the early 90's, when he engaged Joel for composing the music of his THE YOUNG INDIANA JONES CHRONICLES deluxe series for which he received an Emmy Award in 1993. George Lucas will then confirm in 1996 his trust in Joel, in hiring him for his production RADIOLAND MURDERS and for composing the music for the Star Wars series best selling novel by Steve Perry: SHADOWS OF THE EMPIRE.

Joel McNeely, about George Lucas:
He's very specific, especially in terms of musical references. He's notably well-educated in music and was giving me direct references to classical music for inspiration. He even knows exactly what instrument he wants. He makes everything perfectly clear.

With Disney's IRON WILL, Joel McNeely is given the chance to move away from television and score big motion pictures at last in the middle of the 90's. Many major movies will then follow in the 90's, from light adventure movies like GOLD DIGGERS and WILD AMERICA to strong action movies like TERMINAL VELOCITY, VIRUS and AIR FORCE ONE (for which he brought his help to Jerry Goldsmith). Ironically, big budget TV series adaptations for the big screen like FLIPPER and THE AVENGERS remind Joel's television past.

Joel McNeely:
"For me, movies are always more satisfying than television shows, because you get more time and money, and music plays a bigger part in a movie unlike in TV where the music gets drowned into the dialogues."

From 1994, Joel McNeely began to conduct now renowned rerecordings for the Var?se Sarabande label with the Seattle Symphony Orchestra and then the Royal Scottish National Orchestra. It started with Bernard Herrmann's FAHRENHEIT 451, VERTIGO and PSYCHO followed by almost 30 various CDs (including some compilations and some famous scores from Franz Waxman, John Williams and John Barry) and it has lasted until today with recent releases like THE DAY THE EARTH STOOD STILL by Bernard Herrmann once again.

Joel McNeely:
"I love doing rerecordings, because on a movie you have to care about many factors to serve the picture. But on these rerecordings I only serve the music. It's a real pleasure in addition to my work on movies. And I learn so much reading those scores.

Erich Wolfgang Korngold and Bernard Herrmann inspire my work, because they were precursors in the field of film music and because when you want to invest yourself in something, you have to be aware of what have been done before and be respectful of that."

In the early 2000's Joel returned to television, but this time for James Cameron, working on the too quickly cancelled series DARK ANGEL. This experience will bring James Cameron to hire Joel on his 3D IMAX documentary about the actual Titanic wreck exploration : GHOSTS OF THE ABYSS.

Joel McNeely, about James Cameron:
"He's very present and needs to approve every cue. If he doesn't like something, I go back to the beginning. He's very demanding in music. He even likes editing the music himself, just like the movie. We had a great pleasure working together and particularly me working with him.

I found James Cameron very brave for having dived in the deep ocean for Ghosts of the Abyss. I would never have enjoyed a single second. I love taking the plane, I like being high over the Earth, but the perspective to be lost deep in the ocean doesn't correspond to me at all."

After a great and promising 90's, Joel McNeely is having a great time working again for Disney in some live action movies like HOLES or the inspiring animated sequels to PETER PAN, MULAN, THE JUNGLE BOOK, WINNIE THE POOH and LILO & STITCH.

Ghosts Of The Abyss

Star Wars: Shadows of the Empire