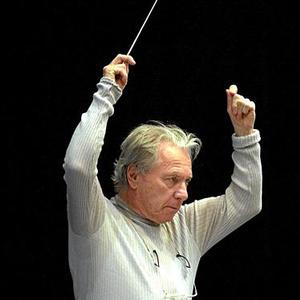 Maurice Jarre (born in Lyon, France, September 13, 1924, died in Malibu, USA, March 29th, 2009) was a French composer of film scores noted for the scores of many motion pictures, in particular those of David Lean -- Lawrence of Arabia (1962), Doctor Zhivago (1965), and A Passage to India (1984). All three of these scores won Academy Awards and are widely considered to be among Jarre's best work.

Other notable movies scored by Jarre include Luchino Visconti's The Damned (1969), John Huston'sThe Man Who Would Be King (1975), and great music for Mohamed: The Messenger of God 1976 by Mustafa Al AkkadTop Secret (1984), Dead Poets Society (1989) and Jacob's Ladder (1990). His best television work was probably the score for the miniseries Jesus of Nazareth (1977), directed by Franco Zeffirelli . Jarre's television work also includes Shogun (1980), and the theme for PBS's Great Performances. Jarre scored his last film in 2001, a TV movie about the Holocaust entitled Uprising.

Jarre wrote mainly for orchestras, but began to favor to synthesized music in the 1980s, mostly for practical rather than aesthetic motivations, many critics feel. Jarre denies this and has pointed-out that his electronic score for Witness was actually more laborious, time-consuming and expensive to produce than an orchestral score. Jarre's electronic scores from the 80s also include Fatal Attraction, The Year of Living Dangerously and No Way Out. A number of his scores from that era also feature electronic/acoustic blends, such as Gorillas in the Mist, Dead Poets Society and Jacob's Ladder.

The broad, exotic theme for Lawrence of Arabia and the Russian-flavoured "Lara's Theme" from Doctor Zhivago are arguably his most famous creations, but much of his lesser known work is equally impressive, among it the barn-raising music for Witness, his passionate love theme from Fatal Attraction, and the moody electronic soundscapes of After Dark My Sweet. His score for David Lean's Ryan's Daughter (1970), although set in Ireland, completely eschews Irish music styles, owing to Lean's preferences. In the 80s, Jarre turned his hand to science fiction, with scores for Enemy Mine (1985) and Mad Max Beyond Thunderdome (1985). The latter is arguably his most imaginative score, written for full orchestra, augmented by a chorus, four grand pianos, a pipe organ, digeridoo, fujara, a battery of exotic percussion and three Ondes Martenot. The Ondes Martenot features in several of Jarre's scores, including Lawrence of Arabia, Jesus of Nazareth and The Bride. In 1990, Jarre scored the hugely popular supernatural love story / thriller Ghost. His music for the final scene of the film is based on "Unchained Melody" composed by fellow film composer Alex North. At the 2009 Berlin International Film Festival, he received a lifetime achievement award.

Maurice was the father of Jean Michel Jarre. His youngest son Kevin is a screenwriter, with credits on such movies as Tombstone and Glory.

The Life And Times Of Judge Roy Bean

I Dreamed Of Africa

A Walk In The Clouds

No Way Out OST