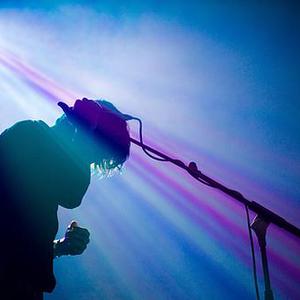 Archive is a music-collective, originating from London, UK, but based in Paris, France for many years where they enjoy a much bigger following. They are signed to Warner Music France. Archive was formed by Londoners Darius Keeler and Danny Griffiths in 1994 and began as an electronica project. At the beginning, they mixed Bristol-style, Massive Attack, Portishead with rap. The first album of the band, Londinium released in 1996 (with Roya Arab and Rosko John as guest vocalists).

Archive was formed by Londoners Darius Keeler and Danny Griffiths in 1994 and began as an electronica project. At the beginning, they mixed Bristol-style, Massive Attack, Portishead with rap. The first album of the band, Londinium released in 1996 (with Roya Arab and Rosko John as guest vocalists). The second album, Take my Head, (which the band hates) was released in 1999 (with a new guest vocalist Suzanne Wooder), it is much more melodic than Londinium. The first song of the album, You Make Me Feel, illustrates this change in the Archive's music. After being dropped by their label and more changes in the lineup, the band seemed to hit its stride on the third album You All Look The Same To Me (2002), featuring singer Craig Walker (formerly of Power of Dreams), which took a decided turn toward more progressive music (with some Progressive Rock influences, notably Pink Floyd whose indelible influence is audible on tracks such as 'Finding it so Hard' and 'Again'), while still maintaining electronic elements. The band saw growing popularity and critical acclaim, especially in France, Greece, Germany and Poland. After recording two more artistically?but not too commercially?successful albums, Michel Vaillant (2003) and Noise (2004), Walker left the band for reasons the band and he will not talk about. The project continued on as a Collective, with new vocalists, Pollard Berrier and Dave Penney. In May 2006 they released the album Lights with Pollard Berrier on lead vocals, who is also a member/guest member of the innovative group, "Bauchklang" - a completely vocal beat-box (Vocal Groove) group based in Vienna, Austria. Archive released a live album, entitled,Live at Paris Zenith, in May, 2007 - which was recorded on January 20th, 2007 at the sold out Zentih Arena in Paris. Rolling Stone called it, "The best live album ever made." Archive continues to tour and is working on a number of forthcoming releases in the near future.

Archive are not a trip-hop band as many people think, though this reputation was merited understandably by the soundcapes of their first release, Londinium, which is a trip-hop album. Archive are a Collective, not a band.

With Us Until You're Dead