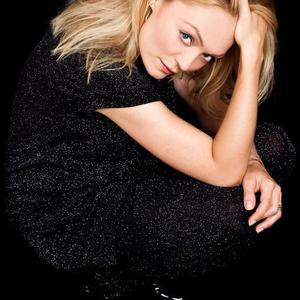 Pati Yang is one of Poland's most acclaimed electronic artists who released a critically revered album at 18 years old; a beguiling beauty whose sirenesque tones and joy of experimentation in music and the arts have earned her artistic acclaim, commercial success and stadium tour support for Depeche Mode. Pati was born in Poland but spent the first 6 years of her life on tour with her mother's partner, who was a frontman in an iconic punk band.

Pati was born in Poland but spent the first 6 years of her life on tour with her mother's partner, who was a frontman in an iconic punk band. They underwent extreme danger to smuggle their anti regime message through soviet censorship, becoming hugely influential during the radical social and political change within Poland in the early eighties.

Of course Pati grew up as an uncompromising character; she literally escaped her home and school in Poland at 16 to study music in London. By eighteen she had signed a major record deal with Sony. It was a huge success. The record, became a best seller in Poland and won major awards; winning over critics and fans alike and earning a reputation that spread worldwide, for her enchanting voice, musical talent and unrelenting creativity.

Returning to Poland Pati became immersed in the creative arts scene that had proved such a strong and radical voice in her youth. She also became a self taught visual artist, published poet, and a widely influential radio DJ in Warsaw.

It was on taking her work to London again that Pati met Stephen Hilton.
Together they formed the band Children and once again were praised alongside the likes of Kieran Hebden, Steve Reed and Prefuse 73 in the Independent Newspaper's round up of new electronic experimental artists. Stephen also co founded The Free Association with David Holmes and programmed the beats behind many soundtracks for Hollywood blockbusters such as two James Bond movies , Hot Fuzz, Moulin Rouge, and Ocean's 11 ,12 13.

Together Pati and The Free Association worked on the soundtrack to Michael Winterbottom's film Code 46 which was nominated for the best soundtrack at the European Film Awards in 2003, this was a personal high for Pati along with supporting Depeche Mode at their stadium show in Warsaw 2006.

Pati then went on to co-write and front ?FlyKKiller? , a musical, photographical and installation artwork project which she founded together with Stephen. With their first singles FlyKKiller were praised as one to watch across the UK press; the single rocketed straight into the DMC Zzub chart at number 1. NME, DJ Mag, Hip Hop connection and DJs such as Annie Nightingale and Rob Da Bank at Radio One, John Kennedy and James Hyman; XFM, Joe Ransom and Loose Cannons at Kiss all went berserk for FlyKKiller's cosmically inspired conspiratorial beats, BBC 6 Music made FlyKKiller's second singleRecord of the Week while Times magazine placed FlyKKiller's debut album ?Experiments in Violent Light? at 2 in their best of 2007 chart.

Since then Pati released her critically acclaimed third solo record, ?Faith, Hope and Fury? in her native Poland and lended her voice to 7 independent movies, including Richard Jobson's New Town Killers as well as Richard's following project, the uncompromising, beautiful and brutal short film on sex trafficking called The Journey .

Pati Yang also released a single "Tonite" under the name Nikita, which was very succesful song.

Pati's latest work is "Wires and Sparks", which is her 4th solo album and was launched 27th of May 2011. The producer of the album was Joe Cross, of "We are Performance" band. The album was recorded in Warsaw, Poland. Joe Cross is also responsible for Hurts' debut album, which was a big success all around the world.