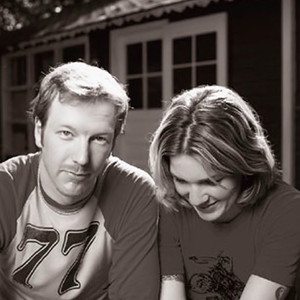 Puracane was formed by David Biegel (instrumentation) and Ali Rogers (vocals), joining it later Knox Chandler (guitar) and Susan Elinger (piano). The formation has changed a bit during the years. Nowadays the band counts upon, beside the former members, Andrew Griffiths (drums), Tony Diodore (guitar and violin) and David Leatherwood (bass). They debuted in 2000, with Things You Should Leave Alone, and continued with the 2006 release of In Limbo: The Lost Puracane Sessions, a collection of unreleased songs post the Things You Should Leave Alone period.

Their debut album attracted lots of acclaim from the critics and the public.
David Biegel also worked on projects like Bugs and Skyjuice (his solo project). Besides being the vocalist of Barbie Complex, Ali Rogers also was offered a deal with Tricky, which she turned down. Out of the other members of the band, Knox Chandler has collaborated with the likes of Siouxsie and the Banshees, REM or Psychedelic Furs.

"In Limbo" was presented in the East Coast succesfully with Ali Rogers (vocals), Juan Masotta (guitar), Drew Thurlow (bass) and Andrew Griffiths (drums).
Since 2008, Andrew Griffiths and Drew Thurlow went on to pursue other projects leaving Juan and Ali to focus on writing together and complete their new album "I've Been Here The Longest", which is coming out on June, 2009.

Ali also had a baby in 2008 and wrote and recorded through out her pregnancy.

In May 2011 Puracane released a new EP, "Evil for the greater good", which is downloadable for a "pay what you will" price at their website www.puracanemusic.com

I've Been Here The Longest

In Limbo: The Lost Puracane Sessions

Things You Should Leave Alone