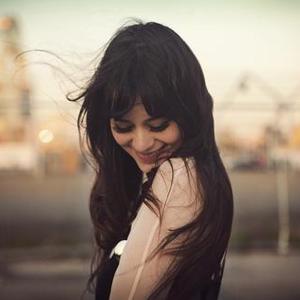 ?milie Simon is a French singer and composer born on July 17, 1978 in Montpellier. She began her musical education at a French conservatory at 7 years old. By age 18, she was studying Musicology at the University in Montpellier, France, and then obtained her Master in Musicology at the Sorbonne in Paris. ?milie was intrigued by the idea of combining her traditional musical education with new music technologies and studio experimentations.

She developed these interests into unique skills at the cutting edge new technology music school, the IRCAM in Paris, which to this day remains the only center in the world dedicated to contemporary musical research and production, bringing science and art together in order to widen instrumentation and rejuvenate musical language.

Here she met Cyrille Brissot who she still works with today to develop and build specific instruments adapted to ?milie's needs, both in the studio and on stage, including the ?Brissot? - a breathtaking arm controller that allows her to remotely control, modulate and transform her live voice through a series of controlled effects. ?milie uses a variety of other new technology devices including Yamaha's ?Tenori-on? and a variety of other new hardware and software. ?milie uses this technology to give herself a wide range of versatility on stage, including being able to control everything ? from beats to multiple instruments to vocal harmonies and modulation simultaneously while alone on stage.

Shortly after Ircam, ?milie Simon signed a record deal with Barclay/Universal France. Her debut single, entitled ?D?sert? was released in October 2002. Since then, she has written, arranged, performed and produced her two records and the original music for the French (original) version of March of the Penguins. There, ?milie used many diverse and inventive techniques including rubbing pieces of ice together to produce beats and sounds, and blended them with her electronic machinery and inviting lyrics.

Despite garnering best album honors in the electronic category at France's
?Victoires de la Musique? Awards for her debut, and being touted as one of the most promising female artists, the Montpellier-bred chanteuse is quick to champion her independence as an artist over such acclaim. ?[Awards] are nice, but it's like a cherry on top, really,? the singer/songwriter insists. ?It's great when you have the feeling you are doing something important or that you're understood. But it doesn't alter the way I work in any way. I'm always thinking back on what I have done, because I don't want to be redundant. I want to make music without rules, without anybody telling me what I have to do.?

?milie Simon first made her mark on the U.S. in the fall of 2006 with her debut U.S. release, The Flower Book on Nov. 7, 2006. Her plush, artful soundscapes had already yielded her significant praise and awards in her French homeland, as well as acclaim across the rest of Europe and Japan. Singing in both French and English, ?milie allows her music to flow naturally, rewarding her with devoted fans worldwide. A year and a half after The Flower Book's release, ?milie is currently residing in New York City and writing her next record. She will be performing shows in NYC this Fall to preview her new material. Having always begun the creative process in the recording studio, and then following with live performances, ?milie is trying a new approach. For the new record, she will let the songs breathe and evolve in a live environment before heading into the studio.