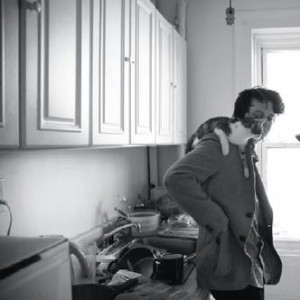 Beirut is an American indie-rock and world music band which was originally the solo musical project of Zach Condon (born Zachary Francis Condon in Santa Fe, New Mexico) and later expanded into a band. The band's first performances were in New York, in May 2006, to support the release of their debut album, Gulag Orkestar. Condon recorded before Beirut was established: when he was fifteen and under the name of Realpeople, he made an electronic record, fashioned after his love for The Magnetic Fields.

Condon recorded before Beirut was established: when he was fifteen and under the name of Realpeople, he made an electronic record, fashioned after his love for The Magnetic Fields. Condon was a straight-A student until he dropped out at the age of 17 to travel Europe with his cousin in a drunken haze, cavorting and partying with the locals wherever he ended up. It was during one of these evenings that he was first exposed to Balkan music (notably including the Boban Markovi? Orkestar and Goran Bregovi?), blasting from the upstairs apartment. Condon ended up with the Serbian artists all night, going through albums country by country, note for note.

The first album under the Beirut moniker, Gulag Orkestar (2006), was the direct result of what he learned that night. While it may sound like an entire Balkan orchestra playing modern songs as mournful ballads and upbeat marches, the album was performed and recorded almost entirely by Condon alone. He did so on Pro Tools while skipping school in Albuquerque and at Sea Side Studios in Park Slope, Brooklyn. Jeremy Barnes added percussion and some violin overlays.

In November 2006 Condon was "briefly hospitalized for extreme exhaustion", the band's website said, and as a consequence the band cancelled the rest of the tour. They resumed performing in March 2007 and released their second album, The Flying Club Cup the same year on October 9th. Parts of the album were performed and recorded by Condon in his bedroom again, but others were recorded with the live band, which resulted in a more organic, live sound. While writing, Condon said he was inspired by French music, like Jacques Brel (whose song Le Moribond he covered on his Elephant Gun EP), and he moved to Paris for a while. During the extensive tour in support of The Flying Club Cup, Condon and the band more or less fell apart from exhaustion once again and disappeared from the radar in April 2008.

Condon took a long break and returned in 2009 with a double EP, March of the Zapotec & Realpeople: Holland. The first was partly recorded in Mexico with the Mexican Band Jimenez and had a more South-American flavour to it than Condon's previous efforts. The second EP 'Holland' was credited to Condon's old name Realpeople and consisted of five electrotracks, once more in the vein of The Magnetic Fields.

Beirut March Of The Zapotec

March Of The Zapotec

Live at the Music Hall of Williamsburg

March of the Zapotec and Realpeople Holland (EP) CD2

March of the Zapotec and Realpeople Holland (EP) CD1