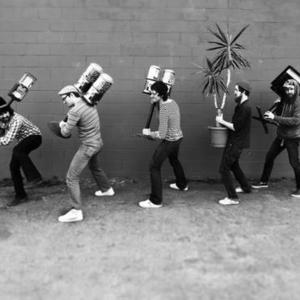 Their style has been compared to a mixture of Tom Waits, Frank Zappa, and Captain Beefheart. Man Man is known for their distinctive live shows where the members of the band dress in white tennis outfits and don war paint. During their sets the band does not take breaks between songs in order to keep a constant energy level.

Man Man has released two LPs with Ace Fu Records: The Man In The Blue Turban With A Face (2004) and Six Demon Bag (2006). In November 2007 they signed with Anti- to release Rabbit Habits (2008). Their second Anti- release is titled Life Fantastic and was released in 2011.

Dream Hunting in the Valley of the In-Between

The Man in a Blue Turban with a Face