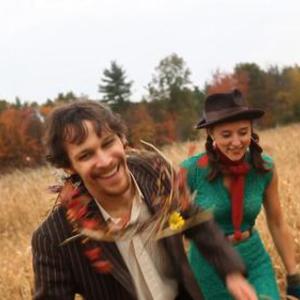 Recently anointed as Boston's Americana Artist of the Year (2010 Boston Music Awards), the David Wax Museum has been called ?pure, irresistible joy? (Bob Boilen, NPR) and hailed by TIME.com for its ?virtuosic musical skill and virtuous harmonies.? It is no surprise that its acclaimed performance at the 2010 Newport Folk Festival was hailed as one of highlights of the entire weekend by NPR. The Museum fuses traditional Mexican folk with American roots and indie rock to create an utterly unique Mexo-Americana aesthetic.

Combining Latin rhythms, call-and-response hollering, and donkey jawbone rattling, they have electrified audiences across the country and are ?kicking up a cloud of excitement with their high-energy border-crossing sensibility? (The New Yorker).

The band's new album, Everything Is Saved, produced by Sam Kassirer (Josh Ritter), has been drawing rave reviews from all corners and has propelled the band into the national spotlight. With an illustration in The New Yorker, a feature in Paste Magazine, a Daytrotter session, a nod from TIME magazine as one of the top ten acts of this year's South by Southwest, and an appearance on NPR's World Caf?, the band has quickly become ?one of the hottest new indie bands around? (Better TV).

Knock Knock Get Up

I Turned Off Thinking About