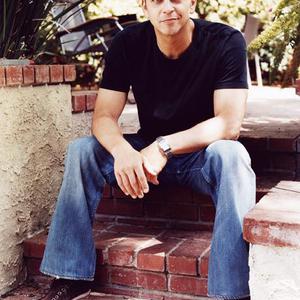 Aaron Zigman (b. 1963, San Diego, California) is a composer, producer, arranger, songwriter, and musician for several recent films. He studied at the University of California, Los Angeles. While still at university, he had a contract with Almo Irving and wrote songs for Carly Simon, the T.V. show Fame (1984), and co-wrote with David Lasley, Jerry Knight and Steve Cropper. In 1983, he began studying with his cousin George Bassman (who orchestrated the Wizard of Oz and wrote the music for the films Marty and The Postman Always Rings Twice).

In 1983, he began studying with his cousin George Bassman (who orchestrated the Wizard of Oz and wrote the music for the films Marty and The Postman Always Rings Twice). He penned the Tommy Dorsey Classic, "Getting Sentimental Over You", was the musical arranger for Lena Horne and Benny Goodman and orchestrated for the legendary Andre Kostelanetz. In the 1980s he began to make a name for himself as a studio musician and wrote a big hit in pop music called "Crush On You" which was a top chart record for The Jets. He then worked for Clive Davis and produced and arranged for Aretha Franklin and Natalie Cole. During this time he wrote, arranged and produced songs for many of the top singers and artists in the industry such as Ray Charles, Sting, Phil Collins, Dionne Warwick, Bozz Skaggs, Tina Turner, Seal, Carly Simon, the Pointer Sisters, Huey Lewis, Jennifer Holliday, Patty LaBelle, Chicago, Natalie Cole and Christina Aguilera. In the 1990's he entered the film industry, with his work being featured on film soundtracks for Mulan, What's Love Got To Do With It, The Bird Cage, License to Kill, Caddyshack and Pocahontas. Aaron Zigman wrote the score for 2004's The Notebook.

Sex And The City