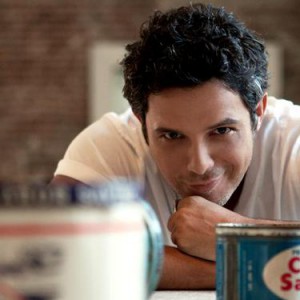 Alejandro Sanz, born Alejandro S?nchez Pizarro on December 18, 1968 in Madrid, is an Award winning, Spanish pop/ballad musician and singer-songwriter who has won a record 17 Latin Grammys, more than any other Spanish musician in history. He has sold more than 25 million albums worldwide. Alejandro Sanz is the second son of Mar?a Pizarro Medina from Alcal? de los Gazules, and Jes?s S?nchez Madero from Algeciras, Spain.

Alejandro Sanz is the second son of Mar?a Pizarro Medina from Alcal? de los Gazules, and Jes?s S?nchez Madero from Algeciras, Spain. He began playing guitar at the age of seven and composing his first songs three years later. The young musician started attending management classes after moving from the neighborhood of Pueblo Nuevo to Moratalaz.

At the age of 16, Alejandro Sanz recorded Los Chulos Son Pa' Cuidarlos. However, his official debut, called Viviendo Deprisa, came in 1991 after signing up with Warner Music. Si T? Me Miras followed in 1993, featuring contributions from Nacho Ma??, Chris Cameron and Paco de Luc?a. His third album, aptly titled 3, was recorded in Venice, Italy, and produced by Miguel Angel Arenas and Emanuele Ruffinengo.

He also appeared in the film clip for The Corrs' English translation of their duet, "Una Noche" ("One Night") as Andrea's love interest. The video is included in The Corrs' DVD version of Best of The Corrs. In return, The Corrs sang "The Hardest Day" with him.

In 2001, he became the first artist from in recording an Unplugged for MTV.

In 2003, he recorded the album No Es Lo Mismo, which won four 2004 Latin Grammy Awards. It won Record Of The Year, Album Of The Year, Song Of The Year, and Best Engineered Album with Mick Guzauski, Pepo Sherman, and Rafa Sardina as engineers.

In 2005, Sanz worked with Shakira in the hit single "La Tortura".

On September 25, 2006, Sanz released the song "A La Primera Persona". It was the first single from his new album El Tren de los Momentos which was ultimately released in November 7, 2006. The album also produced another hit duet with Shakira titled Te lo Agradezco, Pero No.