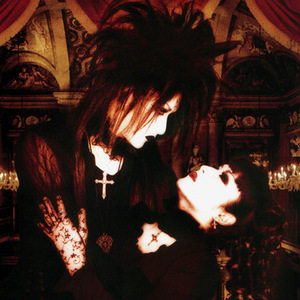 This is an correct tag for Man&aacute; and an incorrect tag for Japanese artist Mana. If you are scrobbling Man&aacute; please fix your tags. Mana is the name of a Mexican rock band, and also the name of a Japanese musician. Man? is a Mexican rock band from Guadalajara, Jalisco. The group's current line-up consists of vocalist/guitarist Fher Olvera, drummer Alex Gonz?lez, guitarist Sergio Vall?n, and bassist Juan Calleros.

The band's sound draws from the pop rock, Latin pop, calypso, reggae and ska music genres. They initially received international commercial success in Australia and Spain and have since gained popularity and exposure in the US, Western Europe, Asia, and the Middle East. Their worldwide sales stand at more than 25 million albums as of 2011

Mana is a Japanese musician and fashion designer,[1] best known for his role as leader and guitarist of the visual kei rock band Malice Mizer. His clothing label, Moi-m?me-Moiti?, helped popularize Japan's Gothic Lolita fashion movement. Mana is currently working on his solo project Moi dix Mois... Mana has rarely spoken in public. In his filmed interviews, he whispers into the ear of a band member or confidante, who then relates his words back to the interviewer. He has also been known to simply look at the camera as subtitles appear, as well as using Yes/No cards and expressing himself in mime.

Malice Mizer (stylized as MALICE MIZER) was a visual kei rock band from Japan. They were active from August 1992 to December 2001. Formed by Mana and K?zi, the band's name stands for "malice and misery", extracted from "nothing but a being of malice and misery" ? their reply to the question "what is human?".

Malice Mizer was as famous for their music as for their live shows, featuring lavish historical costumes and stage sets, short silent theatre pieces preluding various songs, whimsical dance routines, and even a particularly notable instance of the vocalist descending to Earth (the stage) as a fallen angel, only to ascend again at the end of the concert. Throughout their history, the band has gone through several different lineups and three drastic image changes.