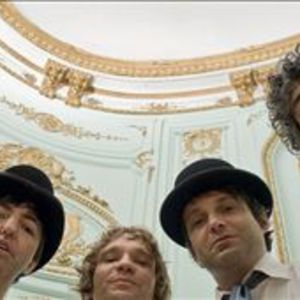 Babas?nicos' name is based on a tribute to Hindu prophet Baba combined with the name of a popular cartoon from the '70s. Singer Adri?n Rodr?guez, keyboardist Uma-T, guitarist Mariano Roger S?nico, bassist Gabo, percussionist Diego Uma, and drummer Diego Castellano recorded Pasto in 1992. That album included their hit song called "De-generaci?n." As the popularity of this Latin rock group was growing, chances to play along with major bands came soon.

In 1994, Babas?nicos was the opening act to INXS, Soul Asylum, and Depeche Mode. That same year, Trance Zomba was released. In August of 1995, Babas?nicos participated in an Argentinean festival called Nuevo Rock, having the chance to play along with Peligrosos Gorriones and Los Brujos, consolidating their presence in the local scene.