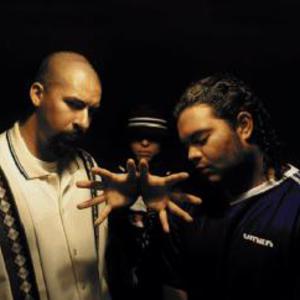 Their political lyrics would make Rage Against the Machine's Zack De La Rocha proud. Tracks such as "Humanos Mexicanos" and "Mexican Curious" attack the United States for its anti-immigrant campaigns, while encouraging raza to unite and defend what is rightfully ours. Their second album is called "Artilleria Pesada, Presenta" and it was released March 30, 1999. Their track "Danz?n" from this second album was recorded in Cuba with Buena Vista Social Club's Rub?n Gonz?lez and Orlando "Cachaito" L?pez. Their most recent album is "Uno, Dos, Bandera" and comes complete with a VCD containing the videos of all the songs on the CD. It was released in 2003. Their song "Si Se?or" was featured in the movie "Amores Perros," and a television commercial for Levi's bluejeans.

After converting to Christianism, Fermin IV quit the band and started a solo project. His first production was "004", followed by "Los Que Transtornan Al Mundo" (those who turn the world upside down) based on what the Bible says in Acts 17:6, At the moment, Fermin IV is a Christian Pastor of one of the most anointed churches in Mexico, Semilla de Mostaza in Mexico City.