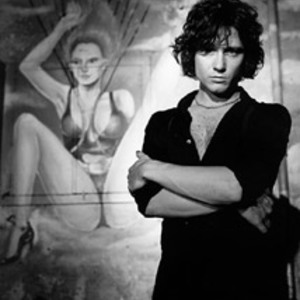 Enrique Ortiz de Land?zuri Izarduy, better known as Enrique Bunbury, was born August 11, 1967 in Zaragoza, Spain. He got involved in music in the early 1980s, making his debut in a high school band called Apocalipsis, and later played along with Proceso Entr?pico. In 1984 Bunbury joined a group called Zumo de Vidrio, debuting as a lead vocalist. After adopting the nickname of Bunbury, taken from an Oscar Wilde novel, the musician teamed up with H&eacute;roes Del Silencio, becoming a major number in the spanish rock scene.

Recognized by his wish to always reinvent himself, Bunbury released in 1999 the album Peque&ntilde;o, which sounded much different than anything he did before. His band also suffered changes, Boguslavsky was replaced by Rafa Dom?nguez, and the new faces, Ana Bel?n Estaje (violin), Luis Miguel Romero (percussion), Javier I?igo, Javier Garc?a Vega & Antonio R?os in the metal instruments.

This band was known as the "Hurac?n Ambulante" ("Rambling Hurricane") and recorded with Bunbury the rest of his solo discography, (except Antonio R?os).

In 2005, after 8 years together, Bunbury dissolved the band and declared that will record a new album in 2006 only with his voice and a piano. Nevertheless, in early 2006 he recorded an album with spanish artist Nacho Vegas by the name of El Tiempo De Las Cerezas.

His old band, H?roes del Silencio, reunited in 2007 for a short tour which visited Latin America, United States and Spain.