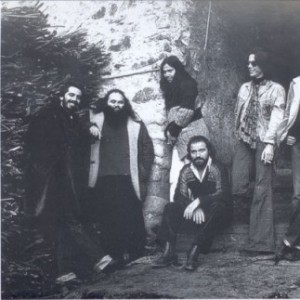 Banco del Mutuo Soccorso were one of the most prominent bands in the golden age of Italian progressive rock. Their recordings of the 1970s, particularly Banco del Mutuo Soccorso (1972), Darwin! (1972), and Io sono nato libero (1973) are highly regarded among fans of the genre. In later years, the band pursued a more pop-oriented style, often shortening the name to Banco, and sometimes singing in English rather than Italian.

The band was formed in 1969 by brothers Gianni Nocenzi and Vittorio Nocenzi, both of whom play keyboards. After a variety of other players, the band settled down to including Renato D'Angelo (bass), Pierluigi Calderoni (drums), Francesco Di Giacomo (vocals), and MARCELLO TODARO (guitar). Todaro left in 1973 to be replaced by Rodolfo Maltese. Over the years, lineups have changed further and included members of Premiata Forneria Marconi and Periferia Del Mondo. Since 1997, the band has reformed for concerts featuring their older material.