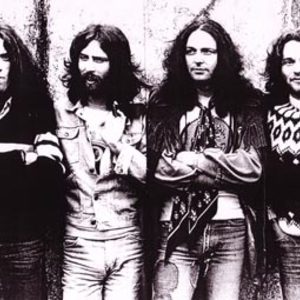 Le Orme is one of the longest-lasting and well-known Italian progressive rock bands. The band was formed in Venice in 1966 by Aldo Tagliapietra (voice, guitars), Nino Smeraldi (guitars), Claudio Galietti (guitar and bass) and Marino Rebeschini (drums). Their first album, Ad Gloriam, was released in 1968. From their psychedelic and beat roots, they moved into increasingly sophisticated musical structures.

Their 1973 album Felona e Sorona is regarded as one of the top albums of the Italian progressive rock movement. By this time the band consisted of Tagliapietra (mostly on bass, with some guitar) along with keyboard player Tony Pagliuca and drummer Michi Dei Rossi. As the 70s waned, Le Orme, like most progressive bands, shortened and simplified their music.

Starting in the late 1990s, a resurgence of interest in progressive rock led the band to revisit elements of their classic style, and the albums Il fiume (1999), Elementi (2001), and L'infinito (2004) have been received favorably in the progressive community.