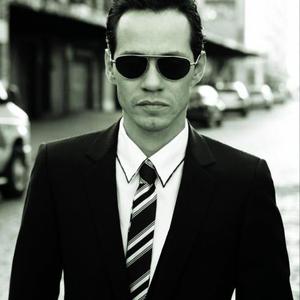 Marc Anthony (born Marco Antonio Mu?iz; September 16, 1968) is a singer-songwriter, actor and producer. According to the Guinness Book of World Records, Anthony is the top selling tropical salsa artist of all time. The five-time Grammy winner has sold more than 10 million albums worldwide. He is best known for his Latin salsa numbers and ballads. Anthony was the first solo salsa act to ever sell out Madison Square Garden.

In 1991 he released his first album, When The Night Is Over. His 1995 collection, "Todo A Su Tiempo", was nominated for a Grammy with songs like "Te Conozco Bien", "Hasta Ayer", "Nadie Como Ella", "Se Me Sigue Olvidando", "Te Amare", and "Llegaste A Mi".

Anthony was born Marco Antonio Mu?iz in New York City, US, to Guillermina, a housewife, and Felipe Mu?iz, a musician and hospital lunchroom worker.[3] His parents are Puerto Rican and named him after Mexican singer Marco Antonio Mu&ntilde;iz. He has a sister named Yolanda Mu?iz. He also has 4 older brothers and 2 additional older sisters, 4 siblings from his mother's and 2 siblings from his father's prior marriages.

In Concert From Colombia CD2

In Concert From Colombia CD1