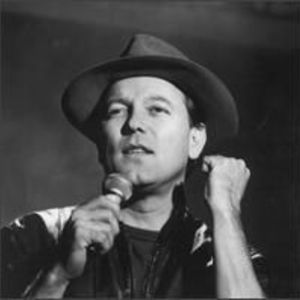 Rub?n Blades Bellido de Luna (born July 16, 1948) is a Panamanian salsa singer, songwriter, lawyer, actor and politician. As songwriter, Blades brought the lyrical sophistication of South American nueva canci?n and Cuban nueva trova to salsa, creating thinking persons' dance music.Blades has composed dozens of musical hits, the most famous of which is "Pedro Navaja", a song about a panderer whose day to die has come.

After obtaining degrees in political science and law at Panama's Universidad Nacional, Blades worked at the Bank of Panama as a lawyer. In 1974, Blades moved to the United States, staying temporarily with his exiled parents in Miami before moving to New York City. Blades began his musical career in New York writing songs while working in the mailroom at Fania Records, and soon was working with salseros Ray Barretto and Larry Harlow. Shortly thereafter Blades started collaborating with trombonist and band leader Willie Col?n, and they recorded several albums together. Their album Siembra (1978) became the best-selling salsa record in history.

After 1980, Blades tried to terminate his contract with Fania, but he was contractually obliged to record several more albums. These are generally considered toss-offs and Blades himself told his fans to avoid them, with the exception of Maestra Vida, which could be considered the first Latin American opera. When he was free of his contractual obligations, Blades signed with another label, Elektra, and assembled a top-notch band (known variously as Seis Del Solar or Son Del Solar) and recorded a number of albums with them.

Blades' 1999 album Tiempos which he made along with musicians from the costarican groups Editus and Sexteto de Jazz Latino, represented a break from his salsa past and a rejection of commercial trends in Latin music.

After winning his first Grammy for Escenas in 1986 he recorded the album Agua de Luna based on the short stories of Gabriel Garc?a M?rquez in 1987. The next year he released the English language collaboration with rock artists Sting, Elvis Costello, and Lou Reed the same year as Antecedente, another Grammy winner. In 2003 he followed the World Music Grammy winner Mundo with a web site free download project. As he said in 2005 when receiving the ASCAP Founders Award about his non-commercial choices, "That's the way I think."

In 2004 he put his artistic careers on hold when he began serving as Minister of Tourism of Panama.