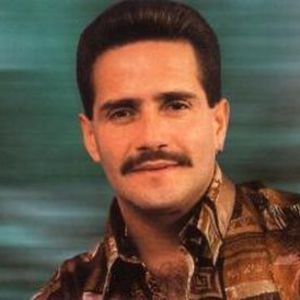 Born Jose Antonio Torresola Ruiz, he was born and raised in Paterson, New Jersey. His parents moved from Puerto Rico to the United States in search of a better way of life. In Paterson, Ruiz received his primary and secondary education. As a child he enjoyed singing to the tunes of salsa and as a young man joined a local band called The Charlie Lopez Orchestra. With this band he recorded his first song Salsa Buena (Good Salsa). In 1976, Ruiz moved to Mayag?ez, Puerto Rico with his mother after his parents divorced.

In Puerto Rico, Ruiz became a fan of a salsa band called La Solucion, directed by Roberto Rivera and learned all of their songs. He attended every concert and show. On one occasion, Ruiz's mother asked Rivera to give her son an opportunity to sing in the band, but to no avail. However, as fate would have it, in 1977, Ruiz was present at one of their shows where the lead singer did not show up. Rivera felt that he had no other choice but to give Ruiz a try. He was a success and was hired by Rivera. With La Solucion, Ruiz re-recorded a new version of Salsa Buena. He performed with the band for three years.

In 1980, Ruiz joined Tommy Olivencia and his Primerisima Orchestra. His youth and style known as Sensual Salsa helped to bring in a new generation of salsa followers. His first major "hit" was Lo Dudo (I doubt it) which was previously covered by Jos? Jos?. In 1983, Ruiz decided to go "solo" and had hits with No Que No, Mi Libertad (My Liberty) and Desnudate Mujer (Get Undressed Woman). He traveled extensively throughout Latin America, Europe and the United States performing and always used the phrase "Vaya, mi China" (Go, Baby) as his trademark. He was then called "El Papa de la Salsa" (The Father of Salsa).

Ruiz began to use illegal drugs and became an alcoholic. During a flight after one of his concerts he attacked a flight attendant. He was arrested and sentenced to three years at the federal prison in Jacksonville, Texas for the incident. Ruiz's last song was Vuelvo a Nacer (Born Again), where he describes his errors in life by taking the wrong way and that he declares himself born again. His voice was heard raspy compared to his earlier career due to the effects of his drug use. Frankie Ruiz became ill and was hospitalized on July 11, 1998, after performing at Madison Square Garden in New York City. Shortly afterwards, on August 9, 1998, Ruiz died from complications from AIDS. Before his burial, his remains were taken to Mayag?ez, Puerto Rico, for a memorial service. He was later interred at Fair Lawn Memorial Cemetery in Bergen County, New Jersey.