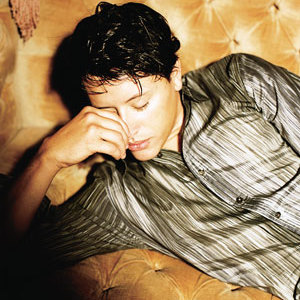 Elvis Crespo (born July 30, 1971 in New York City, U.S.A.) is a Grammy Award and Latin Grammy Winner Puerto Rican-American Merengue singer. He was named "Elvis" after American singer Elvis Presley. When he was young, he and his mother moved to Caguas, Puerto Rico, where Crespo spent his childhood and adolescent years. Crespo first gained fame in the mid-90s when he joined Grupo Mania, in Puerto Rico. Eventually he decided to try to go solo in 1998.

Crespo first gained fame in the mid-90s when he joined Grupo Mania, in Puerto Rico. Eventually he decided to try to go solo in 1998. His debut album, Suavemente was a hit, both in Latin America and in the US. The single "Suavemente" was a huge hit and eventually helped him earn the Best Male Tropical/Salsa Album of the Year from Billboard magazine.

His album went platinum in the Venezuelan and Central American markets and gold in Chile. Released in 1998, Crespo's debut also earned a gold album for sales of over 500,000 copies in the first year after its release in the United States. "Suavemente" set a record for holding the top position on Billboard's Hot Latin Tracks chart for six weeks, longer than any other merengue single. Part of the song's success was its unexpected crossover appeal to English-speaking listeners, particularly in Miami and New York.

His album was mostly merengue influenced, but his follow-up albums would venture from these roots eventually.

Elvis Crespo's latest album, Regres? el Jefe, went on sale on 5 June 2007, with its first single being "La Foto Se Me Borr?." He dedicated this album to his niece, Wilmarie Agosto Crespo, who died in a car accident on March 28, 2007.