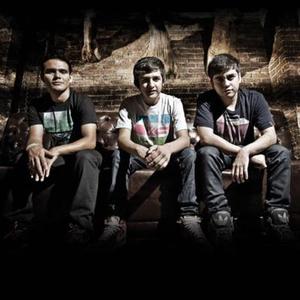 (Tribal Monterrey) is a trio from Monterrey, Mexico. They consist of Erick Rincon, Sheeqo Beat and DJ Otto. Their style of music is generally referred to as tribal guarachero, which is prevalent in Mexico City and Monterrey. The name tribal guarachero references a Cuban rhythm called guaracha. Colombia's musical style of cumbia also plays an influence in tribal guarachero. The music is marked by its distinctive triplet rhythm, which gives the music an unusual and deceptively slow, loping feel, even as the songs hum along over a 4/4 beat at 133 beats per minute.

Their album Int?ntalo, was released in late 2011.