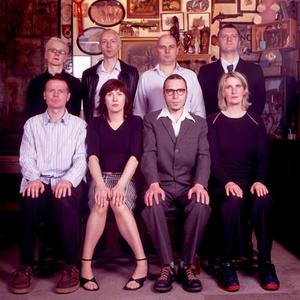 Chumbawamba are an English musical group formed in 1982 in the Leeds squatting community. They have, over a career spanning nearly three decades, played punk rock, pop-influenced music, world music, and folk music. Their vocal anarchist politics exhibit an irreverent attitude toward authority; the band have been forthright in their syndicalist, pacifist, communist, mutlicultural, and feminist social stances.

The band are best known for their song "Tubthumping." Other singles have included "Amnesia," "Enough Is Enough" (with MC Fusion), "Timebomb," "Top of the World (Ole, Ole, Ole)," and most recently, "Add Me."

On 7th July 2012 they announced their impending breakup before the end of the year.

The Boy Bands Have Won

A Singsong And A Scrap

What You See Is What You Get