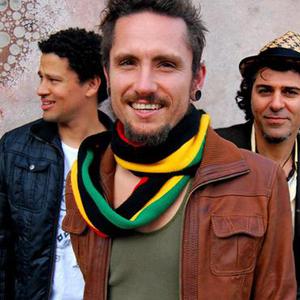 In June this year, John Butler proudly announced the new line up of the ever evolving John Butler Trio. Prominent Melbourne musician Nicky Bomba (drums and percussion) of ?Bomba' fame and principal drummer on ?Sunrise Over Sea' joined the band and bass player Byron Luiters from Sydney outfit Ray Mann Three completed the new line up. Having spent the past few months bunkered down in his Fremantle studio with his new band mates putting down tracks for their forthcoming fifth studio album entitled ?APRIL UPRISING'...

The new album title April Uprising came from an incredible journey John undertook for the ?Who Do You Think You Are' TV series. He traces the Butler name through generations of hardship to a matriarch who sang for her survival and follows his Bulgarian ancestry to a forebear caught up in a violent revolt called the April Uprising.

The recording process for the new album (the first release from the JBT in 3 years) has been shared with avid JBT followers via a special studio sessions page on the band's website: www.johnbutlertrio.com John Butler describes the first new track, One Way Road; ?One Way Road is the combination of pretty much most of my musical influences; dancehall, roots & rock. Some how we found a way to bring all these feels in a way that sounds natural and not too contrived or cerebral. I'm really happy with how we captured the vibe of his song?.

With sold out performances over the past two years, not only on home turf but also worldwide, on the back of their highly acclaimed and 3 x platinum accredited ?Grand National' album, the John Butler Trio have reaffirmed their status as one of Australia's leading artists. ?APRIL UPRISING', scheduled for release early in 2010, will unveil a whole new journey for the band.

John Butler comments on the forthcoming new album, ?The whole rehearsal and recording process so far has been a lot of fun and very gratifying. I feel the sounds and general spirit and energy of this album are best summed up in the words ? free, melodic, funky, phat and rocking. There's definitely a certain attitude that comes across on the album. Perhaps there's a conviction, in a song writing and production sense, that I haven't tapped into so much on earlier works that seems to be more prevalent on April Uprising. There's chemistry and language that Nicky, Byron and I have found that really compliments these songs in all their different facets?.