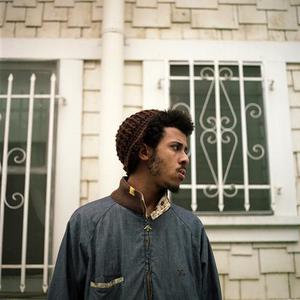 Johnson Barnes (born April 15, 1983 in Inglewood, California), better known by the stage name Blu, is an American rapper and producer. In 2007 he released his debut album, "Below the Heavens", which was produced entirely by Exile, one half of Emanon. Since then he has collaborated with Mainframe under the name Johnson&Jonson, and with Ta'Raach under the name C.R.A.C. Knuckles. He has also released several solo albums, most notably "HerFavoriteColo(u)r" (2009), "j e s u s" (2011) and "No York!" (2011).

Furthermore, in 2009 he produced the Sene & Blu album "ADayLate&ADollarShort" and in 2011 he released a second album with Exile, "Give Me Flowers While I Can Smell Them".

Blu is definitely a leader in the new school of Los Angeles emcees. His presence is undeniable, while his music captivates audiences regardless of race, class, and gender. He has been credited with taking LA hip hop back to the place where Freestyle Fellowship, Jurassic 5, and The Pharcyde left off.

Good To Be Home CD2

Good To Be Home CD1

No Sleep For A Day