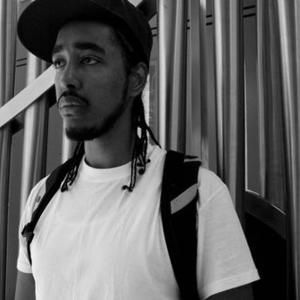 The son of Sudanese and American parents, Amir Mohamed was born and raised in the United States capital city of Washington, D.C., spending hot summers in Khartoum learning Arabic and swimming in the Nile. Growing up amidst the sounds of New York hip hop, his father playing Oud, Go-Go, and gospel, Amir took his first steps as an MC producer in the analog basement studio of his legendary neighbor, Garry Shider (Parliament Funkadelic).

Since producing and performing the hit track "Musik Lounge" for DJ Jazzy Jeff's "Magnificent" LP, Amir "Oddisee" Mohamed has pushed his involvement in the music industry into fifth gear. Taking advantage of working at A Touch of Jazz studios, Oddisee has incorporated the neo soul vibe of Philly into his eclectic and well decorated resume. Coming from a diverse background, the half Sudanese half African American was blessed with musical talent from both sides of his family. Oddisee was influenced by the accomplished singers, guitarists, and poets on his Sudanese side, and on his American side, by the gospel singers, blue grass guitar players, and older cousins who gave him his first taste of hip-hop. Ironically, it was his Sudanese father that gave Oddisee the vinyl that fueled his passion for producing hip-hop music.

Since turning his focus towards hip-hop in 1999, Oddisee has worked with the likes of Gary Shider of Parliament and Funkadelic, DJ Jazzy Jeff, Talib Kweli, J-Live, Asheru, Little Brother, and many other respected recording artists. Now signed with Halftooth Records, Oddisee will soon be invading air waves and record stores near you with a unique sound that's impossible to ignore. With his incredibly distinctive and mesmerizing style, Oddisee covers just about every sect of hip-hop music, creating a sound that is appealing to all music lovers. Born in Washington D.C. and raised in Maryland, Oddisee and his "Low Budget Crew," including such hip hop artists and producers as Cy Young, Kevin Brown, Kenn Starr, have already managed to leave their mark within the hip-hop community of the D.C. metropolitan area.

In 2008 Oddisee signed with Mello Music Group and released a string of critically acclaimed projects that he either produced or rhymed on: 101, Mental Liberation, Everything Changed Nothing, Odd Seasons, and Traveling Man. He also created the break out DMV group Diamond District, which released In the Ruff in 2009, along with Uptown XO and Yu. Oddisee has recently seen his music featured on ESPN during the NBA Finals, and in commercials for companies such as Quiksilver and Burton Snowboards, among others. Oddisee's debut solo album People Hear What They See, was released on June 5, 2012 via Mello Music Group, and is a culmination of the duality of his life experiences, from DC internal politics to third world struggles, the line between love and selfishness, and the personal conflict between self-sabotage and progress, set to a backdrop of intricate drums, lush instrumentation, and soul-stirring harmonies.

Today, Oddisee splits his time between his Brooklyn, New York apartment, his DC stomping grounds, and his London base, while continuing to tour, develop new artists, consult for MMG, and create new music. Oddisee is ready to introduce his remarkable sounds to the world and influence the entire music community. This producer/emcee extraordinaire is poised to be your favorite beat maker and lyricist in one. Watch out world!

People Hear What They See