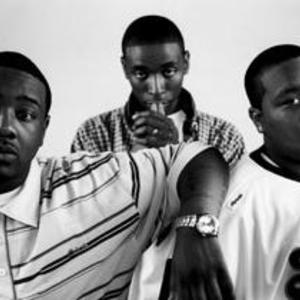 Little Brother was a hip-hop group from Durham, North Carolina that consists of the two emcees Phonte and Rapper Big Pooh. Producer 9th Wonder is a former member of the group. He parted ways with the group around January 2007, on good terms. Producer DeAndre Keaton (DJ Flash) who is featured on The Chittlin Circuit 1.5 is the official tour DJ for Little Brother. Little Brother formed in Durham, NC at North Carolina Central University in 1998. The group began as a trio, featuring members Phonte (Phonte Coleman), Big Pooh (Thomas Jones), and producer 9th Wonder (Pat Douthit).

Their official debut came in August 2001 with their first recording, Speed; the song talks about making it big in the music business while still dealing with the troubles and hardships of life and holding down a full-time job. They continued to work the local scene and were picked up by ABB Records. In 2002, they released the cult hit 7" single Atari 2600, with lyrics centering around video games. In 2003, the group released their first full length album, The Listening. This record boosted the group to higher acclaim, but national recognition came when Jay-Z tapped 9th Wonder for the song Threat, off of his eighth offering The Black Album.

That fall, they opened for the Hieroglyphics crew on their Full Circle national tour. Little Brother's sophomore album, The Minstrel Show, saw increased success due to their raised popularity. It's theme compares present day rap music and the music industry to the minstrel shows of the late 1800s.

In 2005, Little Brother became embroiled in a short-lived feud, when Young Jeezy's protege Slick Pulla challenged the group to a battle after hearing an interview in which Phonte voiced some disapprovments concerning drug rap and the "snowman mascot". Little Brother did not respond, and instead, Phonte called Slick Pulla and the pair resolved the misunderstanding.

Outside of the group, Phonte collaborated with producer Nicolay as The Foreign Exchange, on Connected. Rapper Big Pooh released a solo album entitled Sleepers. 9th Wonder has produced songs for major artists like De La Soul and Destiny's Child, as well as underground artists such as Sean Price, Hieroglyphics, Splash, and fellow members of The Justus League.

In addition, 9th has produced whole albums for Jean Grae (Jeanius), Murs (Murs 3:16: The 9th Edition), Buckshot (Chemistry) and a remix album of Nas' God's Son entitled God's Stepson. In this way he has helped to facilitate the return of albums done entirely by one MC and one producer, which have seen something of a resurgence (RJD2 and Aceyalone's Magnificent City, the upcoming DJ Premier and Royce Da 5'9" joint album). He is also working on a second Buckshot/9th album, to be called The Formula.

In late 2006, Little Brother began recording their third album, and second for Atlantic Records, Getback. However, in a drastic turn of events, the group announced in January, 2007 that they would be parting ways with Atlantic. This move was likely due to the commercial failure of The Minstrel Show, and creative differences over their future material. Big Pooh was quoted as saying "We as a group just felt that it was not in our best interest to remain in a situation where our needs were constantly being overlooked. We didn't have an A&R for The Minstrel Show. We don't have any type of relationship with our current A&R. There are just a lot of internal issues that ended up working against us." Their manager Big Dho added that there were no "ill feelings towards their (Atlantic) company."

More of a surprise to fans was news that the group has also parted ways with their longtime producer 9th Wonder. Although 9th Wonder's role in the group was that of a producer, the group's tours only consisted of the other two members and his contribution to recent Little Brother releases such as Separate But Equal were less than before (although it is worth noting that this release was a mixtape and not an official album). Nonetheless, news that he would be playing a smaller role and contributing less to their third album indicated a divide between the members. Big Pooh stated that the decision was amicable on both sides, saying "This is just a decision that had to be made so all three of us could move forward and continue to provide the world with dope music."

May The Lord Watch

And Justus For All

...And Justus For All