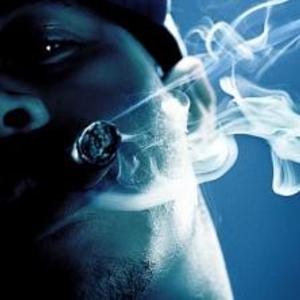 Lamont Jody Hawkins, better known as U-God, is an American rapper and member of the multi platinum hip hop collective, Wu-Tang Clan with over 12 million records sold worldwide. He has been with the group since its inception, and has been known for coming with strong verses on clan albums as well as other members solo albums. U-God was born in Brownsville, Brooklyn, New York. However he moved to Staten Island as a youth. He was originally a beatboxer for fellow clan member Cappadonna, as well as being well known friends with future members Method Man, Inspectah Deck, and Raekwon.

U-God was born in Brownsville, Brooklyn, New York. However he moved to Staten Island as a youth. He was originally a beatboxer for fellow clan member Cappadonna, as well as being well known friends with future members Method Man, Inspectah Deck, and Raekwon. Sometime before the members united, U-God was mentored in rap by Cappadonna. He soon became friends with RZA and Ghostface, and he began rhyming under the alias Golden Arms, based on the Kung-Fu movie The Kid with The Golden Arms. Later on narcotics possession prevented him from featuring heavily on the group's debut album Enter the Wu-Tang (36 Chambers), his input on the seminal LP consisting of only a short bridge on the group's debut single "Protect Ya Neck" as well as the now famous opening verse of "Da Mystery of Chessboxin'". Nevertheless, after his release he quickly became known to fans for his rugged flow and bass-like voice on Wu tracks such as "Winter Warz", "Knuckleheadz", "Investigative Reports", and "Black Jesus". He was featured heavily on the group's second album Wu-Tang Forever on which he was one of only three of the group to get a solo track - "Black Shampoo" (While the others being Inspectah Deck with "The City", and Ol' Dirty Bastard with "Dog Shit"). Around this time his young son was accidentally shot and injured, an ordeal the rapper documented on the Wu-Tang Clan track A Better Tomorrow.He appeared with all the clan members during the VH1 Hip-Hop Honors, as well as on tour for the release of Wu Tang Clan's latest album, 8 Diagrams. U-God is currently working on an album titled Dopium:Bring Back God, set to be released sometime in early 2009 and touring around the globe in support of 8 Diagrams.
Name: U-God
Real Name: Lamont Hawkins
Label: N/A
Web: www.myspace.com/ugod